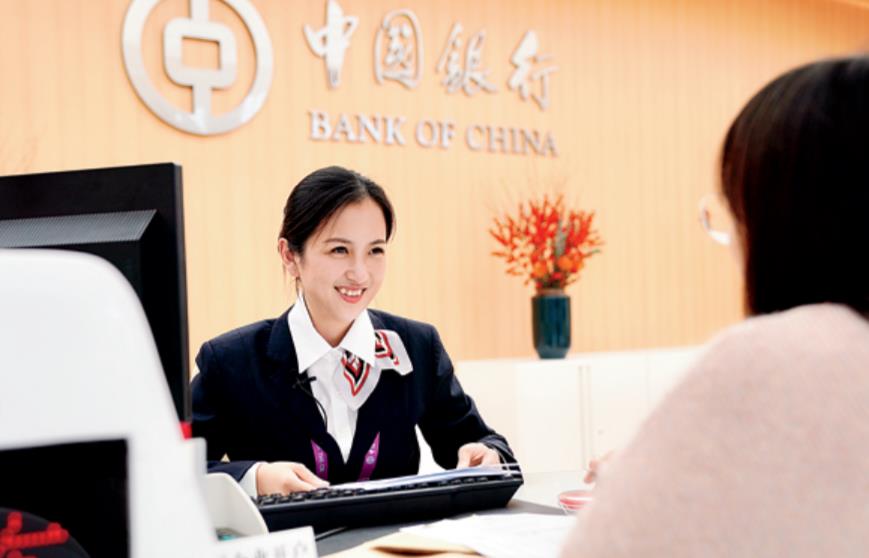 A Bank of China employee serves a client. [Photo/China Daily]

Much has changed since COVID-19 emerged in late 2019. Social distancing, industry woes, global supply chain disruptions and disturbances to the global economic cycle signify that change.

Consequently, people's attitudes toward life itself have taken two distinct directions. Broadly speaking, one group discovered the joy of "living in the present moment "without any fear of, or concern for, the future. The other group made even more specific plans to steer clear of troubles for the rest of their life.

In China, where saving for the future is both a habit and a tradition, the pandemic seems to have influenced the second group more than the first group.

Insurer Manulife-Sinochem has said in a report at the beginning of the year that nearly 60 percent of the Chinese people have saved enough to fund their normal-life expenditure for at least one year, although they believe that the pandemic may cease by the end of this year.

That figure is much higher than the 36 percent average for Asia. The corresponding figures for the United States and Europe are 12 percent and 13 percent, respectively. More importantly, nearly half of the Chinese have increased their savings since the first COVID-19 outbreak.

Financial plans, especially for the elderly, are in the spotlight, with more than 64 percent of the Chinese attaching greater importance to such plans in the wake of COVID-19, Manulife-Sinochem said.

How much should a person save to ensure that his or her post-retirement life quality isn't compromised? An internationally accepted criterion is that a person's life quality won't be significantly impaired if he or she is able to make 70 percent of the preretirement income in his or her late years. The International Labour Organization said that if a person's pension is only 55 percent of his/her salary in the past, the life quality will be seriously affected.

Now, let's do some simple math, shall we? Data from the Shanghai Municipal Human Resources and Social Security Bureau showed that the average salary of the city's employed population was 11,396 yuan ($1,691) in 2021, or roughly 140,000 yuan per annum. The retirement age for men is 60 in Shanghai, and 55 for women. The average life expectancy in Shanghai reached 84 years, according to the latest public data. Therefore, 4 million yuan worth of pension or other financial preparations will secure an unaffected retirement life in Shanghai.

That's not too far from the 4.2 million yuan figure that the affluent in the country think will be needed for financial stress-free twilight years, according to the latest research from Hurun Research Institute, which tracks the well-heeled in China.

Is it possible to live in the moment while preparing for the future? Yes, some people might say, referring to the pursuit of expensive apartments or even villas, which has been a recent trend in China.

Despite the uncertainties shrouding economic growth globally, more than 3,000 apartments priced at 70,000 yuan per square meter were sold in Beijing during the first four months of this year, up 45 percent year-on-year.

On May 30, all the 239 apartments of a property project in Shenzhen, Guangdong province, which was priced at 126,000 yuan per sq m, were sold out in six hours.

For one thing, people seem to value better living quality following disruptions to normal life order due to COVID-19. For another, ownership of more than one apartment means property tax may be paid in the future. Thus, owning one bigger apartment rather than several smaller ones makes eminent economic sense. What's more, that would be in line with the central regulators' principle of "housing is for living in, not for speculation".

Preparing for post-retirement life by investing in good property is in line with traditional Chinese thinking as many people choose realty as a major source of income. They can pledge property as collateral to banks or insurance companies. Financial institutions pay pension to such elderly people until they pass on.

Some people feel property investment is comparable to long-term deposits, hence may be a good choice as long as they believe their property is of good value and there's still room for value appreciation in the future.