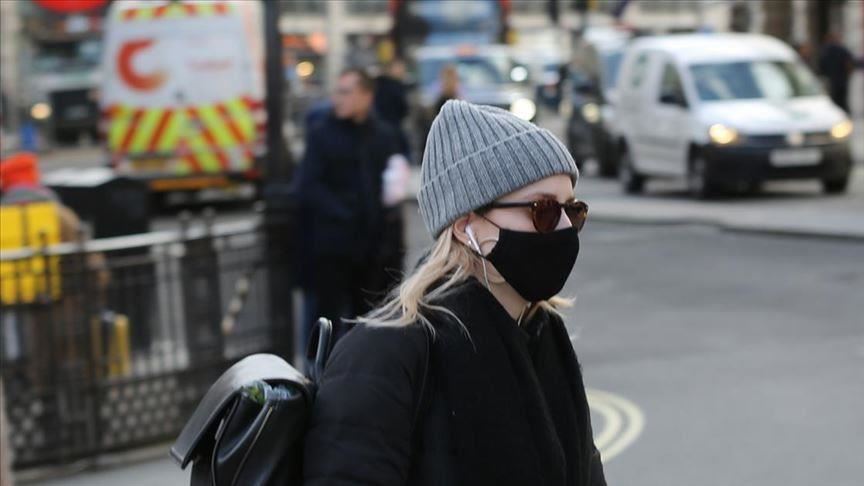 LONDON, April 19 (Xinhua) -- Will Britain in the grip of the COVID-19 crisis still have the time and energy to broker a new trade deal with the European Union (EU) by Dec. 31?

Convalescing Prime Minister Boris Johnson, recovering from a life threatening fight with Coronavirus, insists the deadline will not be changed.

His chief Brexit negotiator David Frost will head a team this week in the first of three rounds of negotiations with their opposite numbers from Brussels.

Instead of the usual face-to-face exchanges, the meetings will be via video link.

If any extension beyond December is to be agreed, the two sides have until June 30 to settle a new, later date.

There are mixed feelings among politicians and commentators over whether Britain should in the wake of the pandemic stay allied to EU rules for longer.

The Sunday Telegraph reported that Downing Street's refusal to extend the Brexit transition period is partly based on a concern that the EU will demand massive payments to help deal with the impact of the COVID-19 pandemic.

Anthony Glees, a professor from the University of Buckingham and a leading political expert, told Xinhua that a delay of up to five years may be necessary.

It was at 11 p.m. on Jan. 31 when the face of London's famous Big Ben clock was projected onto the front of 10 Downing Street. It marked the end of almost half a century of Britain's membership of the EU.

There were cheers as the bongs of Big Ben reverberated along Whitehall, while in nearby Parliament Square crowds sang the British national anthem.

Those chimes signaled the start of what was described by political commentators as a roller-coaster journey, with Britain and Brussels tasked with brokering a new deal to form a future permanent trade relationship between the two sides.

Johnson, then just weeks into his new job as prime minister, buoyed by an 80-seat majority in the House of Commons, declared Britain would continue to abide by EU rules as part of a transition period until Dec. 31, and then it would be goodbye, deal or no deal.

Another story dominated the headlines in Britain on that historic final January day, when the first two cases of COVID-19 were reported in the country.

Little was it realised as Britain severed its links with Brussels that within a matter of weeks a global pandemic would change everything.

The big question today is whether the British government's cast-iron, written-in-law guarantee that the Dec. 31 deadline will survive the impact of COVID-19.

Added to the drama has been Johnson's own life-or-death battle against COVID-19 in a hospital intensive care unit where he underwent emergency treatment with only a 50-50 chance of survival.

Johnson pulled through, but with Britain entering the fifth week of a virus-imposed lockdown, the same can't be said about his Dec. 31 deadline.

The fresh talks between British and EU negotiators to seek a permanent trade deal will resume in the week starting April 20 after being put on hold for almost two months because of the COVID-19 pandemic.

While Johnson's official spokesperson continues to insist the Dec. 31 deadline remains, seasoned political commentators believe the pandemic will force a change in the deadline, with the transition period continuing into 2021 or even later.

Last week, David Frost and his opposite number in Brussels, Michel Barnier, agreed that both teams should restart online negotiations after two months with little contact.

Yet few diplomats expect the process to narrow the gaps between the two sides, said the British journal the Economist in a recent commentary.

The Economist added that it makes the December deadline for a trade deal more problematic, with little more than six months left to strike a deal.

Experience suggests that it is too short a period both to negotiate and to ratify a deal, the Economist commentary said.

With COVID-19 already leading to the postponement of the Olympics Games and the COP 26 global climate summit, why not use a clause in the Brexit withdrawal treaty for the deadline to be extended by mutual agreement for up to one or two years, asked the Economist.

Although the current transition period expires on Dec. 31, an extension would have to be agreed upon in a matter of weeks, by this coming June at the latest.

Glees describes as horrendous, the big hit in costs that Brexit alone will have on the British economy, with the added cost of the ongoing pandemic.

"One might suppose reason would dictate postponing any Brexit deal until after the pandemic has been sorted in economic terms, perhaps waiting as long as five years," Glees said.

However, Glees added, the British government has made it entirely plain that it will not ask for an extension, nor would it agree to one if it this were proposed by the EU.

Glees believes that Brexit, and if necessary a no-deal Brexit and trading under WTO rules, are not just an ideological fixed point, but also the glue that holds Johnson's government together.

"My suspicion is that although Brexiters realise they're about to inflict a double whammy on the stricken British people, they will reckon that the Brexit hit will be effectively concealed by the COVID-19 hit, and that since the UK will be hit so hard by the latter, no one will notice the former," Glees said.

Before the COVID-19 outbreak, supporters of Brexit suggested, said Glees, that there would be huge growth post-Brexit by trading in world markets and buying cheap food globally.

"But COVID-19 has scuppered this aim. World markets will be in disarray, and each nation will look to its own industries first. It cannot be otherwise," said Glees.

In a joint article published Sunday in the Observer, Anand Menon, director of the UK in a Changing Europe initiative and Angus Armstrong from the Rebuilding Macroeconomics network said pandemic disruption makes it unlikely that a comprehensive trade deal can be secured before the transition period ends.

"It makes sense to take advantage of the opportunity to extend," they say, citing a recent opinion poll showing twice as many British public think Johnson should amend the December deadline.

Khan, accusing the Conservative government of putting dogma ahead of the national interest, has urged ministers to agree a Brexit transition period extension with the EU.

Daily Telegraph political commentator Asa Bennett wrote that "Brexit may have been sidelined by coronavirus in recent weeks, but the clock has not stopped ticking down on the UK's transition period out of the European Union."

Downing Street, said Bennett, has gone to great lengths to rubbish the idea of an extension, making clear Britain will not ask for an extension and will say no if the EU requests one in turn, thereby keeping the issue off the table.

In a joint communique last week, Downing Street and Brussels said the two sides had agreed on the need to organise further negotiating rounds in order to make real, tangible progress in the negotiations by June.

Only then will it become clearer whether the final goodbye will by the Dec. 31 deadline, or whether the COVID-19 pandemic will force a change of strategy.