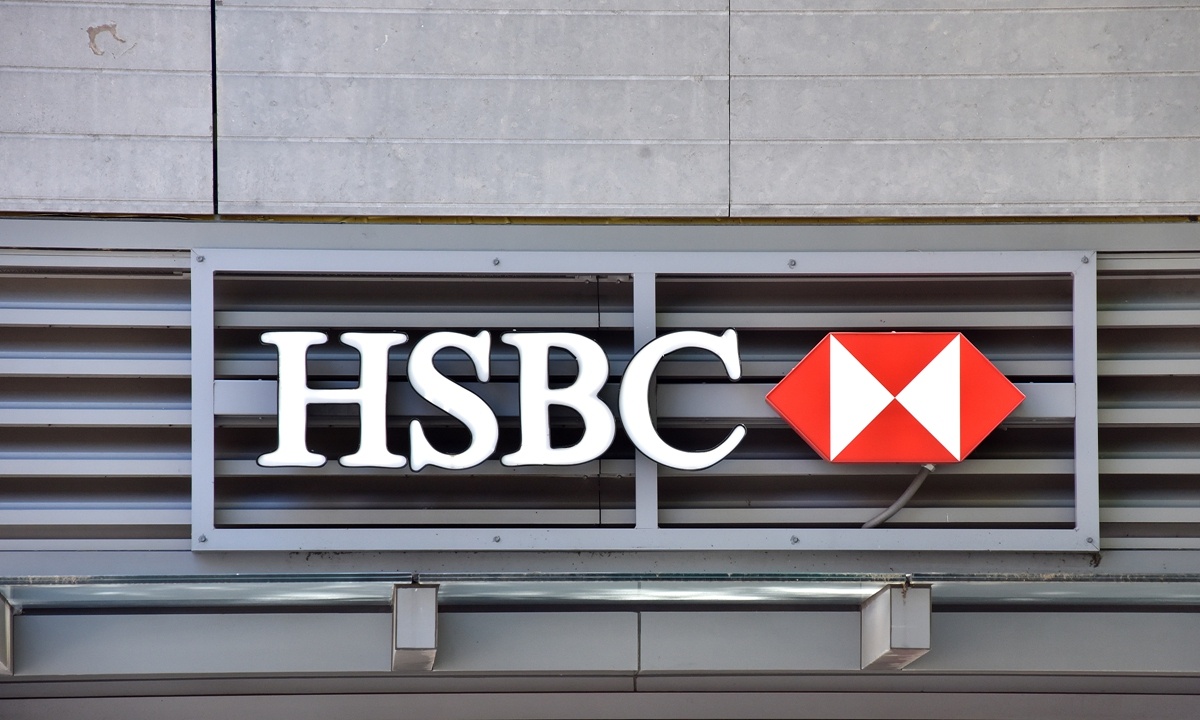 HSBC was reportedly absent from a list of banks underwriting China's US dollar-denominated sovereign bonds for the first time since 2017, stirring fresh woes about the British bank's plight in the Chinese mainland market.

The $6 billion bond sale planned for this week will be underwritten by 13 banks, according to a Bloomberg report on Wednesday.

Chinese lenders including Bank of China, Bank of Communications, China Construction Bank, China Interna-tional Capital Corp, and CTBC Bank, and foreign financial institutions including Citi, Standard Chartered, Gold-man Sachs and Bank of America Merrill Lynch were among the 13 banks leading the deal, selling bonds mostly with maturities of five and 10 years, according to a list obtained by the Global Times.

The Ministry of Finance has yet to reveal specifics about this year's government US dollar bond sales. The ministry resumed the issue of US dollar-denominated sovereign bonds in Hong Kong in October 2017 after a 13-year absence.

HSBC, the largest bank in Hong Kong, had been on the list of arrangers for the dollar-denominated sovereign bond sale each year since 2017.

The British bank wouldn't comment on any specific deals, Bloomberg reported, citing a Hong Kong-based spokesperson for HSBC, who argued "we have a good ongoing working relationship with" the finance ministry.

HSBC has been in the crosshairs of public condemnation for its alleged participation in entrapping Chinese tech giant Huawei.

Though China has not yet released its official unreliable entity list targeting foreign companies that undermine China's national interests, HSBC has been considered as one of the candidates for the list, some observers have said, given its controversial involvement in the arrest of Meng Wanzhou in Canada and its ambiguous stance on national security law for Hong Kong.

Such wide speculation has also alarmed some bankers in China. A source close to one of the major state-owned banks in China - which is also among the Big Four - told the Global Times recently that HSBC is facing a diffi-cult time in the Chinese market to conduct its business, as some other banks have adopted a very cautious attitude toward it.

"It's difficult for the British bank to launch new cooperation," he said.