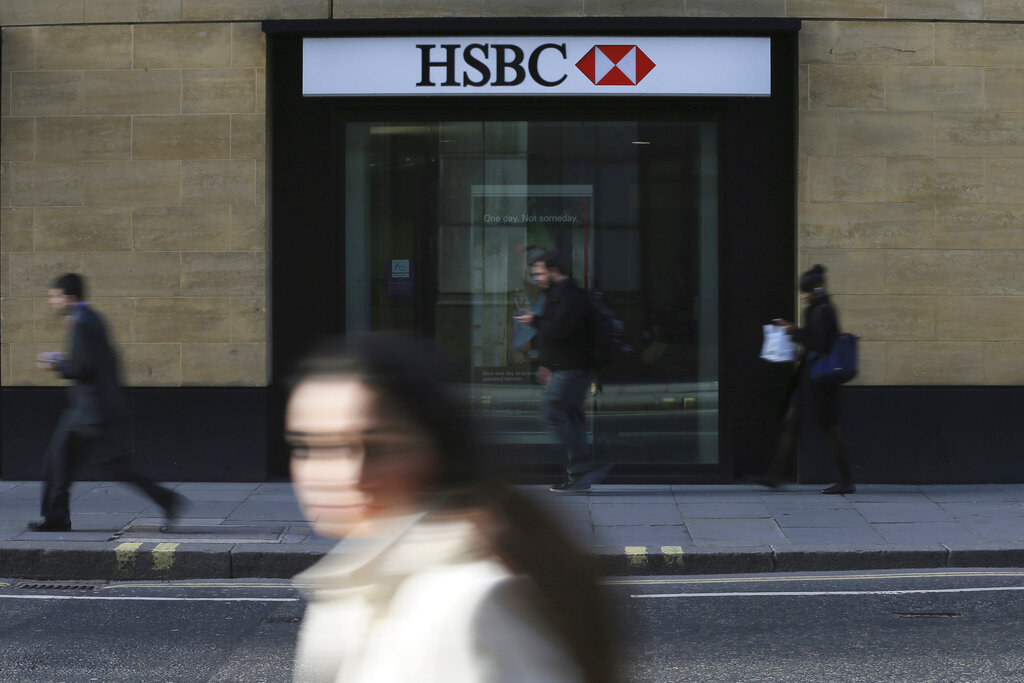 Europe's biggest bank has reported its net profit jumped 30 percent in 2018 from the previous year to $12.6 billion.

London-based HSBC, whose profit is mainly from Asia, said its revenue rose 5 percent from a year earlier to $53.8 billion.

Market corrections in late 2018 took a toll on HSBC and many other banks. Net profit in the October to December quarter was $1.5 billion, compared with $52 million in the same period a year earlier.

HSBC has been carrying out a corporate overhaul designed to boost profitability by focusing on its high-growth markets in Asia while shedding businesses and workers in other countries. Asia accounted for 89.5 percent of pre-tax profit in 2018.

"HSBC is in a strong position. Our performance in 2018 demonstrated the underlying health of the business and the potential of the strategy that John Flint, our group chief executive, announced in June," Mark E. Tucker, HSBC Group chairman, said in a statement.