BUSINESS HSBC's profits down 34% in 2020, which expert says was partly due to its involvement in US crackdown on Huawei

HSBC's profits down 34% in 2020, which expert says was partly due to its involvement in US crackdown on Huawei 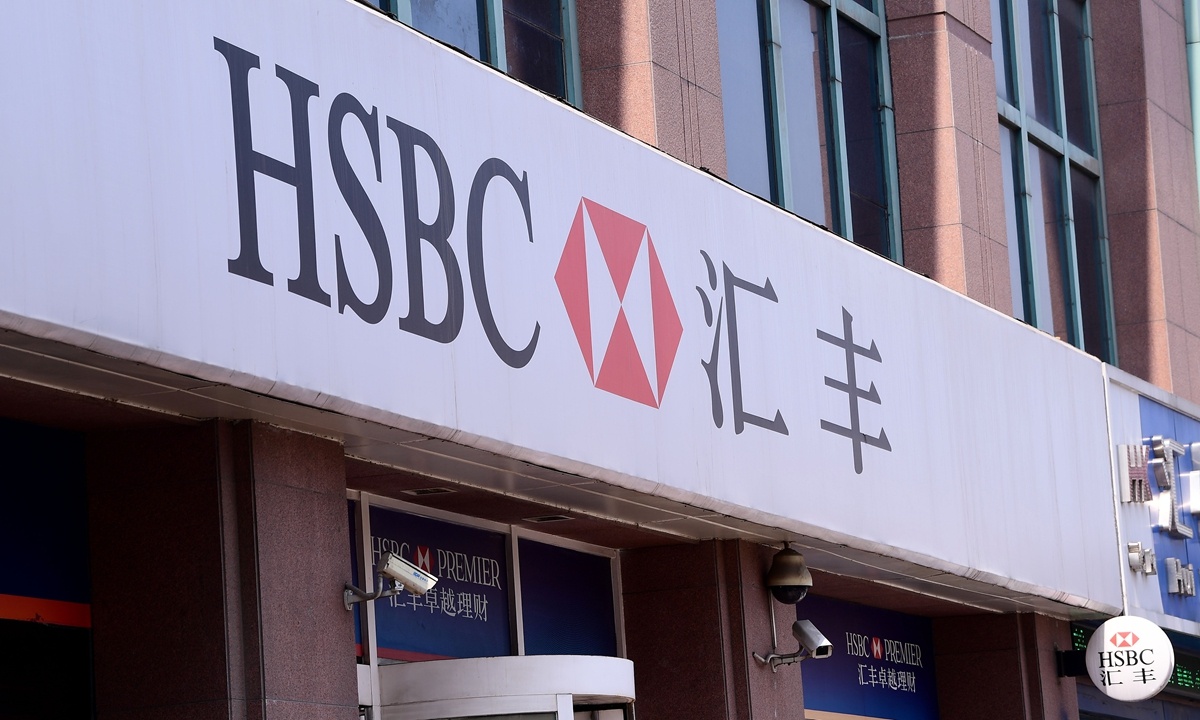 HSBC's profits slumped by 34 percent on a yearly basis to $8.8 billion in 2020, which the London-headquartered bank attributed to factors including the coronavirus and the ensuing economic crisis, the bank's 2020 financial statement showed. But experts said that HSBC's damaged reputation in China over Huawei CFO's arrest has also contributed to the business slide.

HSBC has previously been accused of colluding with the US government to lay a trap for Huawei, which eventually led to the arrest of Huawei's CFO MengWanzhou, also the elder daughter of Huawei founder Ren Zhengfei, in Canada. Although HSBC had denied the accusation, the bank's actions sparked criticisms and controversy in China, particularly on social network platforms like Weibo. Huawei is also reportedly taking the bank to court in the UK to prevent Meng's extradition.

Xi Junyang, a professor at the Shanghai University of Finance and Economics, told the Global Times that HSBC's alleged handling of information to the US that led to Meng's arrest would cause concerns among its potential clients, not only in China but in overseas countries as well, that the bank can't do properly to safeguard the interests of its clients. This should have partly affected the bank's business in China last year, he said.

"Also, considering the global economic crisis and uncertain prospects for the pandemic, I am pessimistic about the bank's future business performance," he said.

HSBC pointed to a number of challenges it faced in 2020, such as the pandemic hit which caused the rising expected credit loss and central banks' interest rate cuts, which caused relevant business sectors to shrink.

However, the bank noted that it had a good start in the year of 2021, and is "cautiously optimistic" about its performance in the remaining months this year. It also noted that the company is making changes to its strategies, such as transforming its business sections that didn't perform well in past years.

The bank stressed that geopoliticalsituation is still severe and will exert a lasting influence on global banks including HSBC. "We will keep close contact with governments and will watch closely on the potential influence exerted by the global politicalenvironment on the company's strategy," HSBC said in the statement.