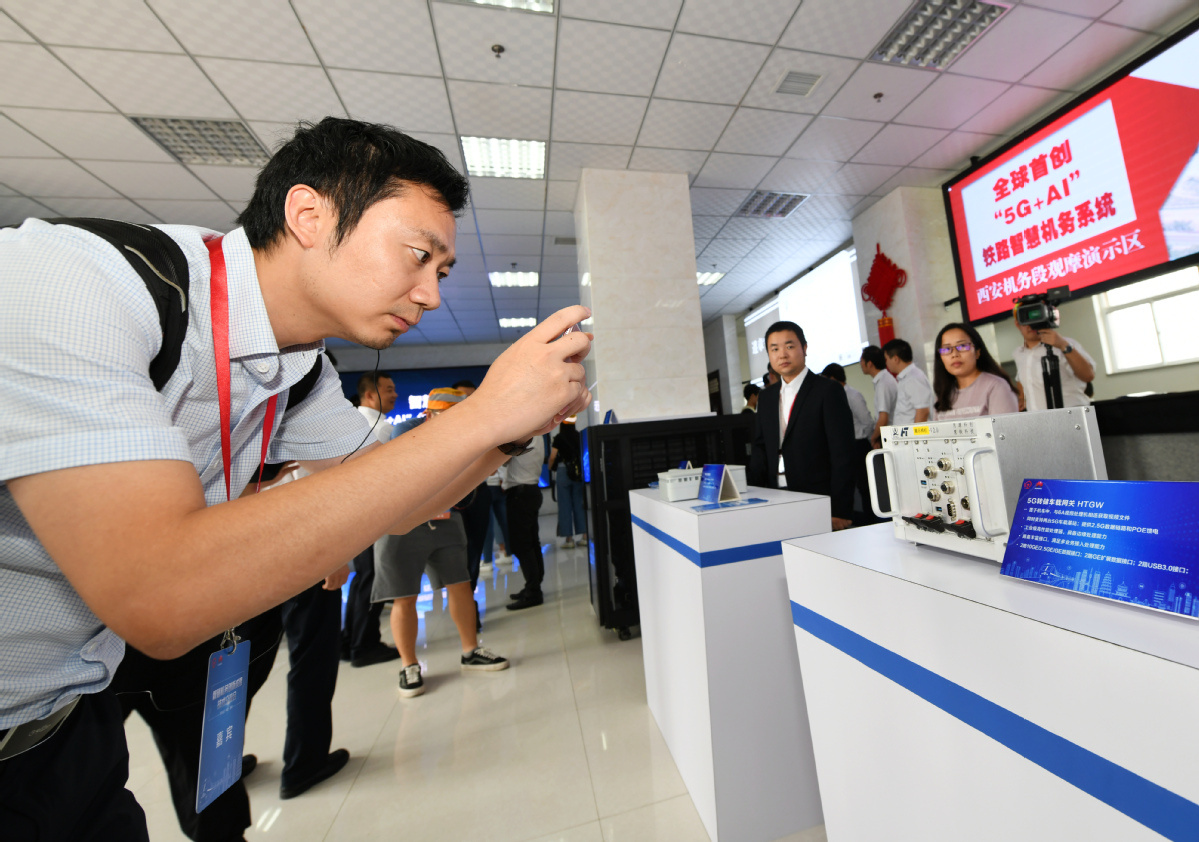 A visitor takes a picture of a 5G+AI device, which was jointly developed by Huawei and the Xi'an Railway Bureau, for railway management, during an expo in Xi'an, Shaanxi province. (Photo: Xinhua)

Huawei (Suzhou) Artificial Intelligence Innovation Center, co-founded by Huawei and Suzhou Industrial Park (SIP) in August last year, was revealed to public for the first on Friday in Suzhou.

Since its launch last August, Huawei (Suzhou) Artificial Intelligence Innovation Center has made efforts in training professionals and building teams. To date, the center has set up an operation team with 13 people who have researched over 260 companies. The team has also organized 12 salons to facilitate communications on technologies and industrial information. Total number of audience has surpassed 1,000.