Huawei bets more on connectivity and privacy with HarmonyOS 3 update

Huawei on Wednesday released a major update to its self-made operating system (OS) HarmonyOS to get the products more connected to each other and protect users' privacy. 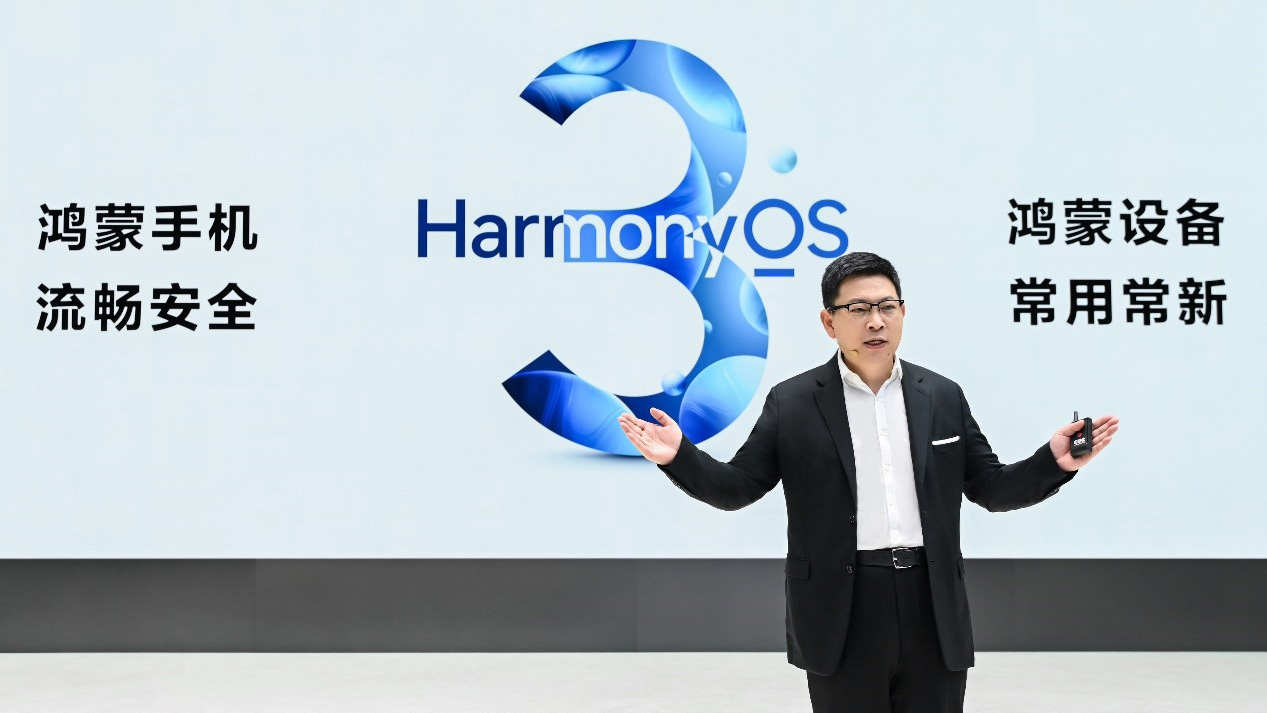 The Chinese phone maker also released a series of new products including laptops, smart watches, TVs and what they call "the lightest 11-inch tablet" with a weight of 449 grams.

The HarmonyOS 3 update enhanced the "Super Device" feature and card-based interactions in the previous version. Users can now use the drag-and-drop interface to connect 12 kinds of devices and make them cooperate with each other. All the cards on the OS' launcher can be visually customized and stacked together.

Though the update is only available on the latest Huawei phones at the moment, it will be rolled out to more devices in September. Previous phones like the Mate 30 Pro can "work for three more years" with the update, according to Richard Yu, head of the company's consumer branch.

There are now more than 300 million devices running HarmonyOS, Yu said during the press release.

HarmonyOS 3 also features additional privacy protection. A new "app control center" will be added to the system which can restrict apps' ability to gain private data. Users can instruct the OS to cheat apps with fake identities to protect sensitive information.

Users can also choose to automatically erase sensitive information from screenshots after taking them, which may bring more convenience.

The HarmonyOS 3 update seems to be incremental, boosting its strong features like connectivity and catching up with Xiaomi's MIUI on privacy protection.

With competitors launching similar connectivity features, it's getting harder for Huawei to convince users to stay in its ecosystem, especially when the company cannot launch new 5G smartphones due to unfair bullying from the U.S. government.

But for products that don't require 5G support, the red flower logo could still be lucrative to users.