BUSINESS Huawei braces itself to withstand another year of strong headwinds

Huawei braces itself to withstand another year of strong headwinds 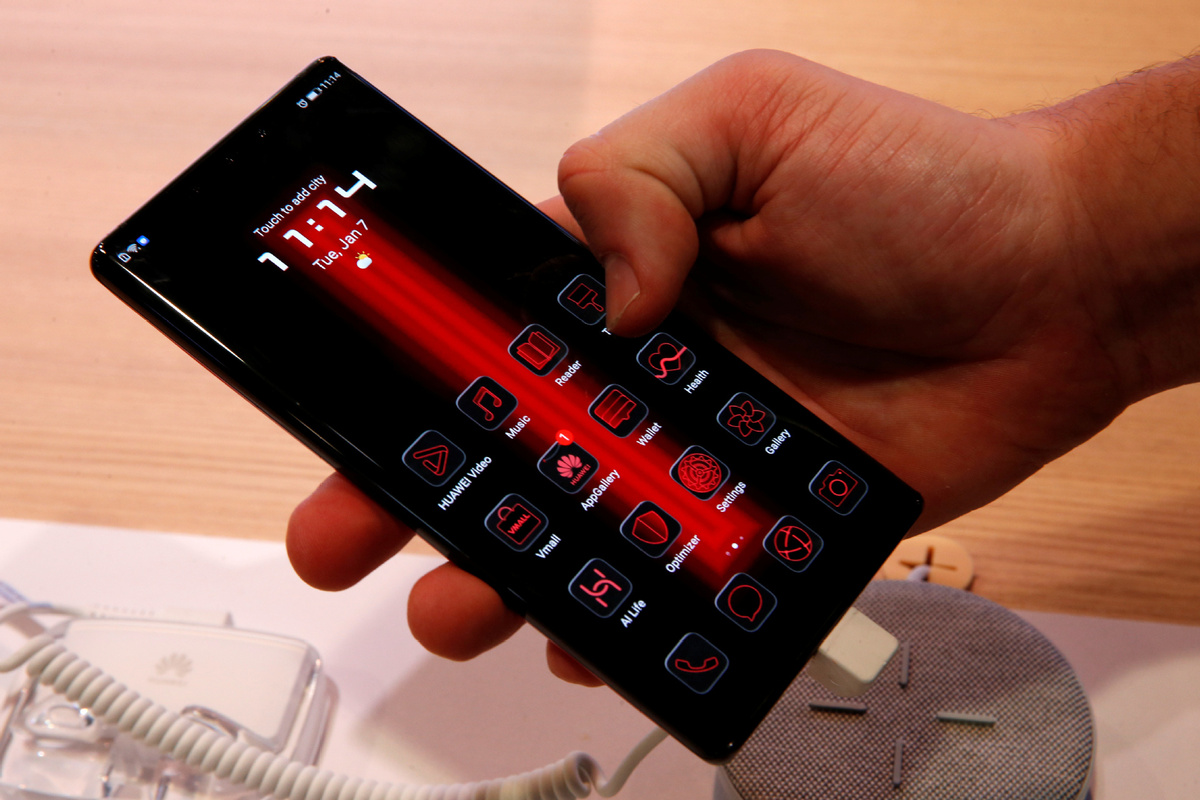 The company dealt with lawsuits, trade restrictions, spying accusations and attempts to ban the use of its equipment in 5G network rollout, as the United States intensified its efforts to curtail Huawei's global business.

But the latest revenue data show that the company, based in Shenzhen, Guangdong province, managed to overcome these obstacles, thanks to the efforts of its 190,000 employees and its years of research and development prowess.

Huawei said its revenue for last year would top 850 billion yuan ($122 billion), marking a record high and an increase of 18 percent year-on-year.

Xu Zhijun, the company's rotating chairman, said in a public letter: "Despite concerted efforts by the US government to keep us down, we've made it out the other side. These figures are lower than our initial projections (of $125 billion), yet business remains solid and we stand strong in the face of adversity."

It won the trust of foreign carriers, despite the efforts by Washington to dissuade its allies from using Huawei equipment in 5G rollout plans.

The company also maintained steady momentum in its smartphone business. Last year, it safeguarded its reputation as the world's second-largest smartphone vendor, selling more than 240 million handsets, a rise of nearly 17 percent on the 206 million in 2018.

Huawei knows that this year will be tough. Xu said the company will have to continue working hard, as it does not expect to be removed from Washington's Entity List, which effectively restricts its ability to buy US products crucial to its smartphones and telecom equipment.

"It's going to be a difficult year for us," Xu wrote. "The external environment is becoming more complicated than ever, and downward pressure on the global economy has intensified."

The company said it will not grow as rapidly this year as it did in the first half of 2019. "We will have nothing to rely on but the hard work of our people, as well as the ongoing trust and support of our customers and partners," Xu said. "Survival will be our first priority."

He said the company will "need to go all out" to build the ecosystem for Huawei Mobile Services－the foundation for its ability to sell smart devices in overseas markets.

Bai Ming, a senior research fellow with the Chinese Academy of International Trade and Economic Cooperation, said Huawei will also improve its self-developed operating system Harmony, in case the US government continues to ban the company's access to Google's Android operating system in smartphones.

As this year will be a tipping point for the large-scale construction of 5G networks worldwide, Huawei said it will actively seize all opportunities to drive global deployment of the superfast technology. The company has already started shipping 5G base stations－with no US components－worldwide.

For example, the stations are being used in the 5G networks of Sunrise, the second-largest telecom carrier in Switzerland.

Olaf Swantee, Sunrise CEO, said no business wants to step into political waters, and he regards Huawei as a "great partner".

"Huawei is dedicated and responsive in making sure that we have a defect-free network," Swantee said.

Such trust will help support the company, which is likely to face stronger headwinds this year.

"We are the bamboo stalk that stands tall and proud against wind from all directions, whether north, south, east or west," Xu said.

This spirit is echoed in a line Huawei often uses on its internal portal: "Heroes are forged, not born."