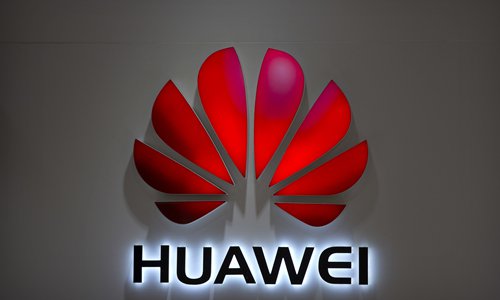 Chinese telecom giant Huawei's attitude toward Washington's ban on its US supplies has changed from defiance to calm, analysts said on Monday, as the US is reportedly set to announce its decision to renew a grace period for the world's largest telecom equipment maker.

The US is set to announce on Monday its extension of a license allowing its companies to continue to supply Huawei, Reuters reported, citing sources.

Media reports differed over the length of the grace period, which might be anywhere from 90 days to six months. It would be the third time that the US has renewed its grace period for the company, which buys parts and software from a large number of US-based suppliers such as Flex, Broadcom, Qualcomm, and Microsoft.

The US gave Huawei reprieves in May and again in August.

Huawei declined to comment on the media reports on Monday.

Huawei founder Ren Zhengfei has reportedly expressed a "who cares?" attitude toward the development of the US ban and offered an overture toward European companies by saying that they should further invest in their chip plants and Huawei will increase the amount of purchases, according to financial news portal yicai.com on Sunday.

Yi Beichen, a veteran mobile internet observer, said on Monday that Huawei now looks at this matter with an air of calm.

"The US flip-flops, like the doings of a giant baby, can no longer stir up emotions for Huawei people, whether it be surprise or misgiving," Yi told the Global Times, noting that the company has a gene against adversity.

The US, citing national security concerns, put Huawei on a blacklist in May.

"Huawei has fully set its mind on improvements to cope with external challenges," Yi said.

As the US strangling tactics continue, Yi predicts some real losses will be faced by US companies."War breeds new technologies. A tech war does the same."

For one thing, Google's Android operating system (OS) may have to yield its dominance in terms of mobile phone operating systems as it's poised to lose penetration of Huawei-branded terminals, which in 2019 alone will total an estimated 270 million units, Yi said.

Huawei is devising its own replacement, the Harmony OS, which is widely regarded as Huawei's Plan B to replace Google's Android OS amid the US-led crackdown. Alternatives offered by Microsoft may have a chance for a comeback, analysts said.

Huawei shipped more than 185 million smartphones in the first three quarters of 2019, up 26 percent year-on-year, despite the US ban, the company said in October.

Fu Liang, a Beijing-based telecom industry expert, told the Global Times on Monday if there is an extended grace period, it would be good for both Huawei and its US suppliers.

"The US government can impose a ban on one day and lift it on another. But this causes serious disruptions for the supply chain, which typically needs months of preparation and adjustments for a product," Fu said.

The uncertainty hanging over the supply chain won't be tolerated by Huawei and the company must have embarked on programs to look for alterative partners and solutions, in particular from Europe, Japan and the island of Taiwan, Fu said.

"Without orders from Huawei, the company's current suppliers will find their competitors grow stronger day by day," Fu said.

The development comes at a sensitive time when the market is expecting an initial agreement from China and the US to resolve a 17-month-long trade war.

The US Commerce Department has reportedly received more than 200 requests from US companies for individual licenses to continue to sell components to Huawei.