New developments in the case of the Huawei CFO, Meng Wanzhou, who is fighting possible extradition to the U.S. 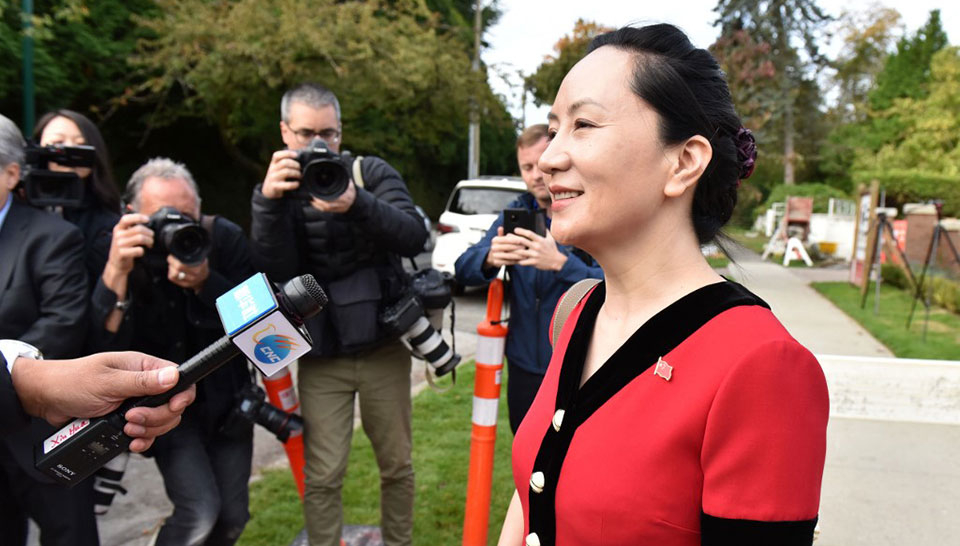 She was taken into custody in Canada last December for allegedly violating U.S. sanctions against Iran. But now, Canadian police are accused of unlawfully sharing information from Meng's phones with U.S. officials.

It became a morning ritual for Meng Wanzhou: walking from her Vancouver home and into view of waiting for TV cameras headed for British Columbia Supreme Court. That's where her lawyers spent the past two weeks asking for documents that might better explain what happened when she was detained at Vancouver Airport last December 1st.

Canadian Legal expert Richard Kurland said a U.S. warrant called for Meng to be arrested the moment she set foot on Canadian soil. Instead, it happened three hours later, a violation, her lawyers argue, of her rights.

"On arrest, you're entitled to Charter warnings, right to counsel, right to remain silent. That didn't happen because she wasn't arrested, because the arrest was not immediate as ordered by the court,” said Kurland.

Now, newly released emails from the Royal Canadian Mounted Police indicate officers may have shared technical information from the phones they confiscated from Meng with America's FBI. That, her lawyers told a judge, would be a violation of Canada's Extradition Act.

Her legal team maintains this is part of a covert criminal investigation of Meng conducted on behalf of the FBI in the hours prior to her arrest.

Canadian government lawyers claim Meng was treated like other arriving international passengers that in essence, Kurland said, nothing sinister happened.

"Even if it wasn't exactly immediate, there were no serious consequences resulting from that additional time, and also it's our standard operating procedure,” said Kurland.

A judge has ordered government lawyers to turn over additional information from RCMP officers by next Wednesday. The defense's "abuse of process" argument is one of a number of issues that will dominate Meng's extradition hearing, scheduled to begin in January and run through next fall.

Huawei said Meng will be vindicated.

Under the terms of her bail arrangement, Meng must keep wearing an ankle monitor and must remain in the Vancouver area, who knows for how long.