Huawei dismisses US firm's 'backdoor' claim for lack of evidence 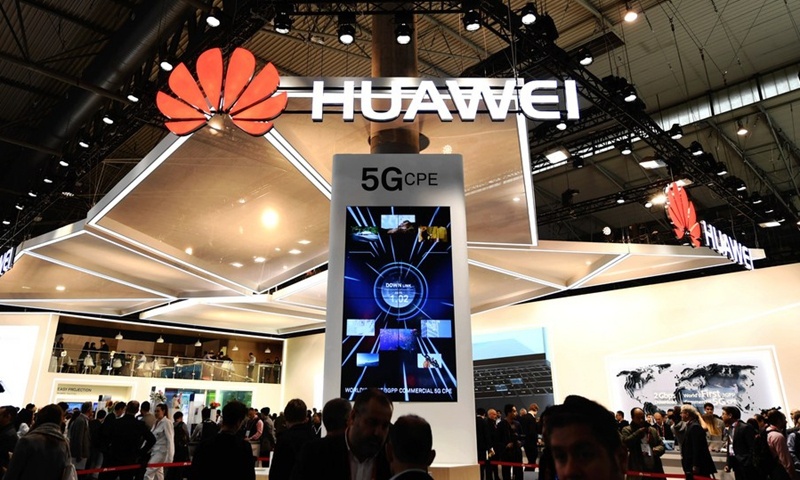 Photo taken on Feb. 26, 2018 shows a screen displaying the 5G technology at the booth of China's telecom giant Huawei during the 2018 Mobile World Congress (MWC) in Barcelona, Spain.(Photo: Xinhua)

Chinese telecom firm Huawei told the Global Times on Monday that it respects third-party intellectual property rights, and there is no evidence showing that it created "backdoors" in its products, after a US firm accused it of stealing trade secrets and spying in Pakistan.

According to the report, BES also accused the Chinese firm of using its technology to create a "backdoor" that allowed it to collect sensitive data "important to Pakistan's national security."

"We have no comment on the ongoing legal case," Huawei told the Global Times on Monday, while emphasizing it respects third-party intellectual property rights, and there is no evidence showing that it created "backdoors" in its products.

BES also said that Huawei never paid for some of its software, and that Huawei is misusing its trade secrets in similar "Safe City" projects in Pakistan and around the world.