Huawei Vice-President Victor Zhang has said a newspaper and internet campaign launched by the company aims to give people the facts amid all the "noise" surrounding the Chinese multinational technology giant. 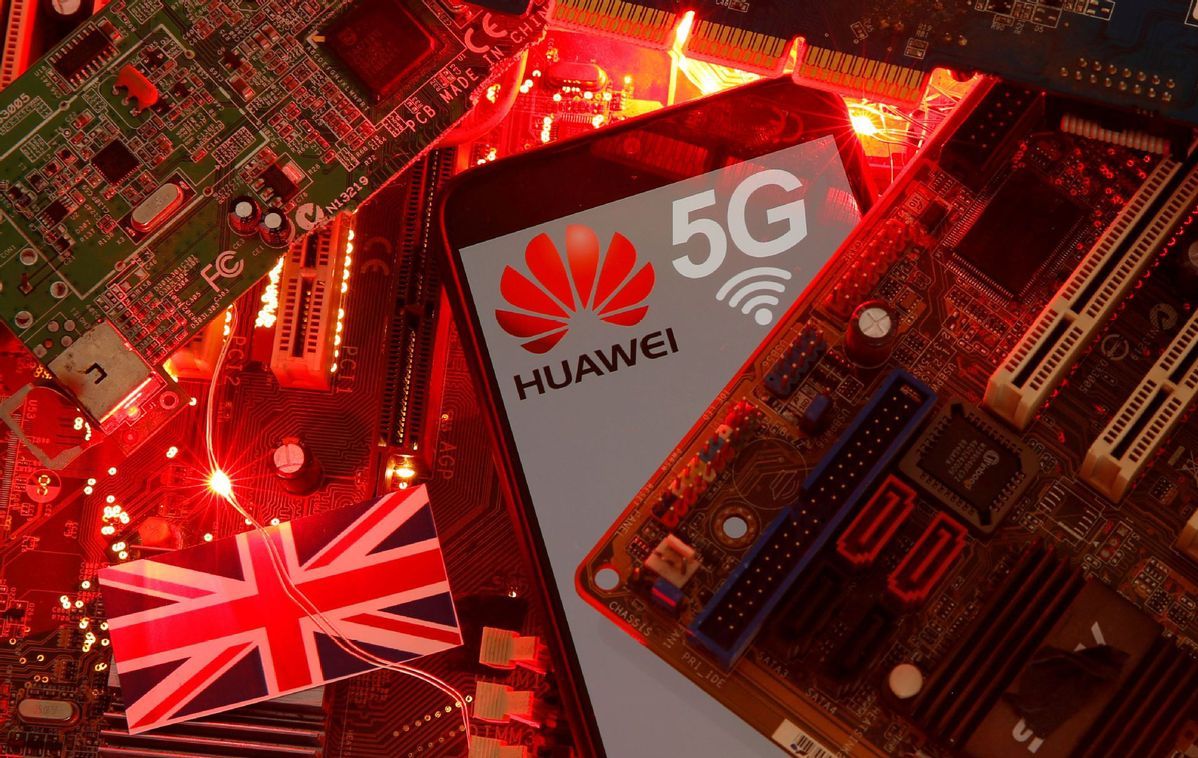 FThe British flag and a smartphone with a Huawei and 5G network logo are seen on a PC motherboard in this illustration picture taken January 29, 2020. [Photo/Agencies]

In an open letter to the British public, published as a full-page advertisement in several national newspapers on Monday, the company said it is "as committed as ever" to provide "the best equipment" to the United Kingdom's 5G mobile and full-fiber broadband providers.

Earlier in the year, British Prime Minister Boris Johnson provoked a strong response from United States President Donald Trump's administration, when he announced that the Chinese tech company would be permitted a limited role supplying telecom networks with 5G equipment.

In January, UK ministers announced that Huawei's market share would be capped at 35 percent, and it would be excluded from sensitive locations, as well as the so-called core of the network, which is likened to the brains of the system.

But the UK could now be drawing up plans that would see the use of Huawei gear completely phased out by 2023, according to a Daily Telegraph report on Saturday that cited industry and political sources.

The report also said London-headquartered bank HSBC's Chairman Mark Tucker warned Britain against a ban on networking equipment made by Huawei. Tucker reportedly made the statement to Johnson's advisers.

Zhang, the head of Huawei's UK operations, told the BBC that he hoped the UK would take an "evidence and fact-based approach" and warned of huge economic impact if greater connectivity was delayed by the company's exclusion, potentially running into the tens of billions of pounds of lost productivity benefits.

"We need to work closely to address the issue, but we need to take action to accelerate the broadband deployment," he said. "We don't have time to delay this."

The escalating trade war between the US and China has seen Trump lobbying allies to completely bar Huawei from 5G networks, citing "security concerns", which the company has consistently denied.

The UK had looked set to ignore these pleas with its initial move in January.

Huawei's first significant global breakthrough came in the UK in 2005, when it signed a deal to upgrade BT's copper broadband service, five years after having entered the market.

The company recently announced the launch of a new consulting brand, which aims to help telecoms players adapt to new technologies such as 5G.