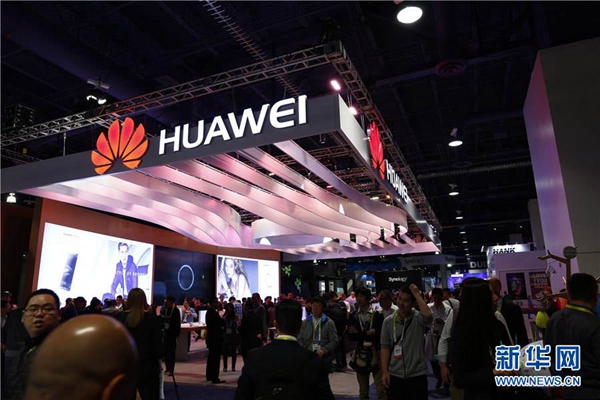 People pass by the Huawei stand during an expo. (File photo: Xinhua)

Huawei Technologies Co filed a motion for summary judgment on Wednesday Beijing time, as the Chinese tech company aims to speed up its lawsuit against the US government over a ban that bars federal agencies from using its products.

The Chinese tech heavyweight asked a court in Plano, Texas, where it filed the case, to declare the US ban on its products unconstitutional. It also called on the US government to halt its state-sanctioned campaign against Huawei over alleged cybersecurity fears.

Banning Huawei using cybersecurity as an excuse "will do nothing to make networks more secure. It provides a false sense of security, and distracts attention from the real challenges we face," said Song Liuping, Huawei's chief legal officer. The company sued the US government in March.

"Politicians in the US are using the force of an entire nation to go after a private company," Song noted. "This is not normal. It's almost never seen in history."

"The US government has provided no evidence to show that Huawei is a security threat. There is no gun, no smoke. Only speculation," Song added.

The US has launched a crackdown on Huawei, including adding the Chinese company to a trade blacklist which banned Huawei from accessing any US technologies without special approval. It accused the company of posing risks to its national security. Huawei has repeatedly denied the accusations and said these charges were not supported by any factual evidence.

Song also said adding Huawei to the trade blacklist "sets a dangerous precedent. Today, it is telecoms and Huawei. Tomorrow, it could be your industry, your company, your consumers," he said.

Huawei filed the lawsuit against the US government in a district court in Plano, Texas, where Huawei has its American headquarters. Huawei said that part of the 2019 National Defense Authorization Act is unconstitutional because it singles out Huawei. The act bans government agencies from contracting with Huawei or companies that use the company's equipment.