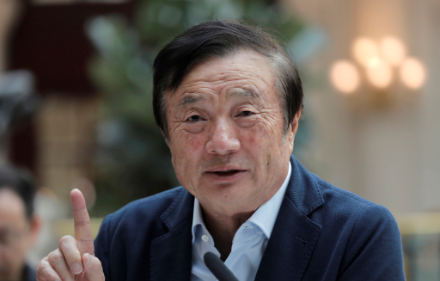 Ren Zhengfei, founder and CEO of Huawei, gestures during a round table meeting with the media in Shenzhen city, South China's Guangdong province, on Jan 15, 2019. (Photo: IC)

Ren Zhengfei, founder of Huawei Technologies Co Ltd, said the Chinese tech company is likely to double its revenue in five years, as the difficulties it faces today will not have big impact on its business.

Ren said in an interview with Chinese media in Shenzhen on Thursday that the company will also invest $100 billion over the next five years to make the world's best network and to make it extremely safe.

"Five years later, the annual revenue is likely to be more than double the number today," Ren said. The Shenzhen-based company posted $108.5 billion in revenue in 2018, and said earlier that the figure is likely to hit $125 billion this year.

According to the 74-year-old founder, the company had predicted more than 10 years ago the difficulties it faces today.

"We are not completely unprepared to deal with the situation. The difficulties will affect us but not to a large extent. No grave problems will emerge," Ren said.

This is the second media briefing for the head of Huawei within three days, highlighting the world's largest telecom equipment maker is embracing an increasingly open approach to counter allegations against the company.

In a one-and-half-hour interview, Ren said he never supported the so-called idea of "self-innovation" and people should not do everything on their own.

"Science and technology are the common wealth of humankind and we should stand on the shoulders of precedents to advance ahead. That way we can bridge the distance we have with the world's best," Ren said.

Founded in 1987, Huawei's business has gradually expanded to cover telecom gear equipment, semiconductors, smartphones and big data solutions. Its products and services are now available in more than 170 countries and regions, with about 180,000 employees around the world.