BUSINESS Huawei in spotlight as it tackles tech curbs

Huawei in spotlight as it tackles tech curbs 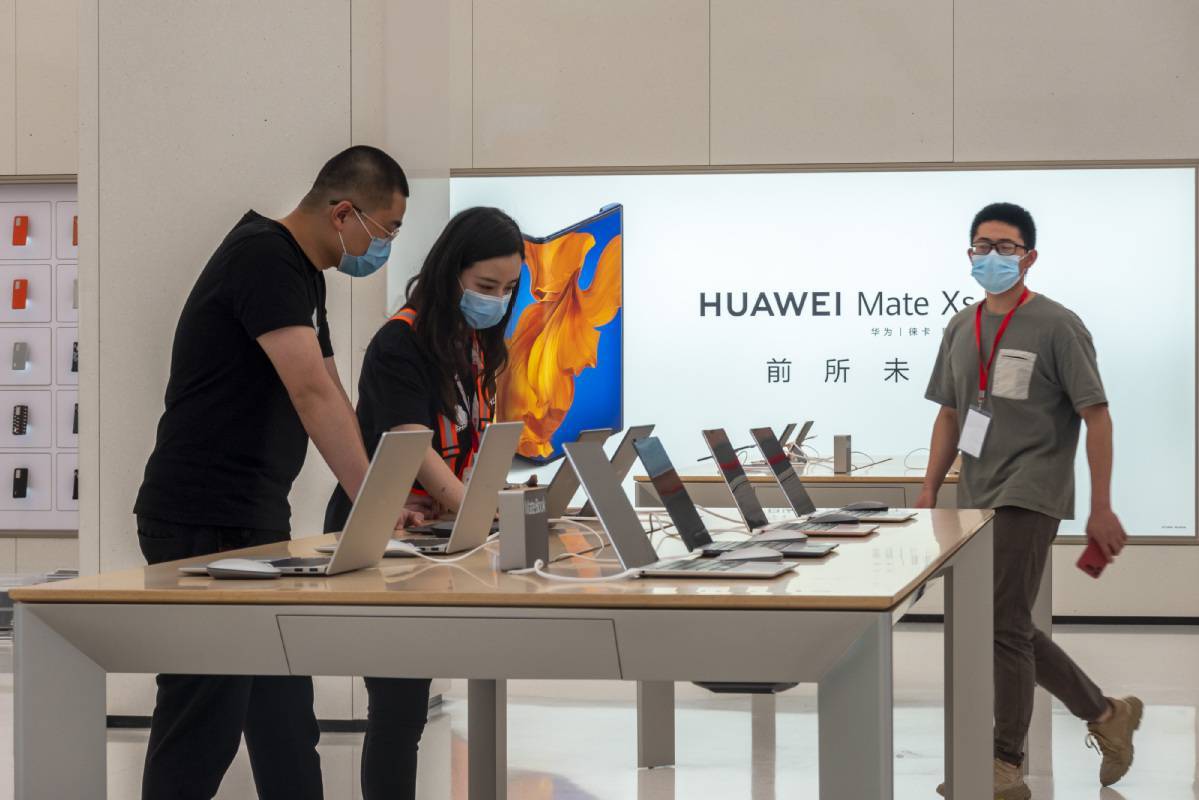 "Stars shine through even the darkest night."

Those are the words of Yu Chengdong, CEO of Huawei Technologies Co's consumer business group, as the Chinese tech giant faces arguably the darkest moment in its 30-year-plus history.

After Monday, Huawei's semiconductor suppliers outside the United States have to halt shipments to the company of products containing US technologies. If they pursue that type of business with Huawei, they have to apply for a license from Washington, according to the latest US government restrictions.

The tightened curbs will profoundly affect the business of the world's largest telecom equipment maker and the No 1 smartphone vendor by shipments, resulting in a shortage of processors Huawei needs to make its products, experts said.

Yu, whose consumer business group is expected to suffer most from the chip restrictions, said many people thought that Huawei would have no choice but to press the pause or stop button on its phone businesses.

The company, however, decided to step forward and hit the play button, Yu said at its annual developer conference in Dongguan, Guangdong province, last week.

Yu, who led Huawei from a nobody in smartphones to an industry star, didn't directly disclose the company's answers to the latest curbs. But he announced on Thursday the second version of its in-house operating system HarmonyOS and showcased the progress it has made in tackling the restrictions on its use of the Google Android operating system.

"One year ago, when Washington restricted Huawei's access to using Android in its smartphones, many had thought that Huawei's smartphone businesses would be destroyed," said Xiang Ligang, director-general of the Information Consumption Alliance, a telecom industry association.

But instead, Huawei developed HarmonyOS and it even grew from the No 2 smartphone vendor in the world to No 1 in the second quarter of 2020, Xiang said.

"The process showcased what Huawei was capable of doing amid intense pressure, and it offers a clue as to what Huawei can do to survive the latest chip restrictions, which are widely believed to have the potential to damage its smartphone business," Xiang added.

Charlie Dai, principal analyst at market research company Forrester, said: "The US government's bans leave Huawei no choice but to accelerate research and development to build an open tech ecosystem of its own, from hardware to software for smartphones. It's a tough journey, but Huawei must go through it to survive and thrive."

Wang Chenglu, president of the software department at Huawei's consumer business group, said, "The chip restrictions are a wake-up call to all industries in China."

Wang said many Chinese high-tech companies have made their way onto lists of the world's top 500 companies in the past decade.

"But such a seemingly booming scene of 'luxuriant foliage' is, in fact, very dangerous, and it can be upended in an instant, because it is not supported by 'deep roots' under the ground," he said, referring to the lack of homegrown core technologies such as high-end chip manufacturing techniques.

"The chip curbs offer a good opportunity for Chinese companies to work together to reconstruct the semiconductor sector," Wang added.

Huawei is rumored to have launched a project to partner with domestic companies to build a US-technology-free chip production line. Though Huawei has not commented, people familiar with the issue told China Daily that the company is seriously considering doing so.

Analysts said Huawei still has a certain inventory level of chips, which will give it time to come up with contingency plans, as well as to assess the progress of domestic semiconductor companies. They estimate that Huawei has a stockpile of processors for smartphones and 5G base stations that could last at least until early 2021 and possibly through most of the year.

The latest restrictions are unlikely to pose an existential threat to Huawei, which had global sales revenue of 454 billion yuan in the first half, despite potentially profound disruptions, Jiang said.

Also, the US government is facing mounting pressure from the country's own semiconductor association and chip companies. This may force it to leave open the possibility of reprieve for certain US suppliers, experts said.

"These broad restrictions on commercial chip sales will bring significant disruption to the US semiconductor industry," said John Neuffer, president and CEO of the US Semiconductor Industry Association, which represents 95 percent of US semiconductor companies.

Some experts said that Washington may allow certain US suppliers, such as Qualcomm, to continue selling chips to Huawei after the November presidential election.

Huawei, however, is already feeling the pain of tightened curbs. Anticipating that Huawei would face a shortage of chips, local rivals such as Oppo and Xiaomi Corp have raised their sales targets.

"The market is fiercely competitive. One company's crisis offers opportunities to other players," said Fu Liang, an independent analyst who has followed the industry for over a decade.

Liu Chang, a software employee at Huawei, said, "The road ahead is tougher, but my colleagues and I are determined to hold our heads up to meet the challenges."