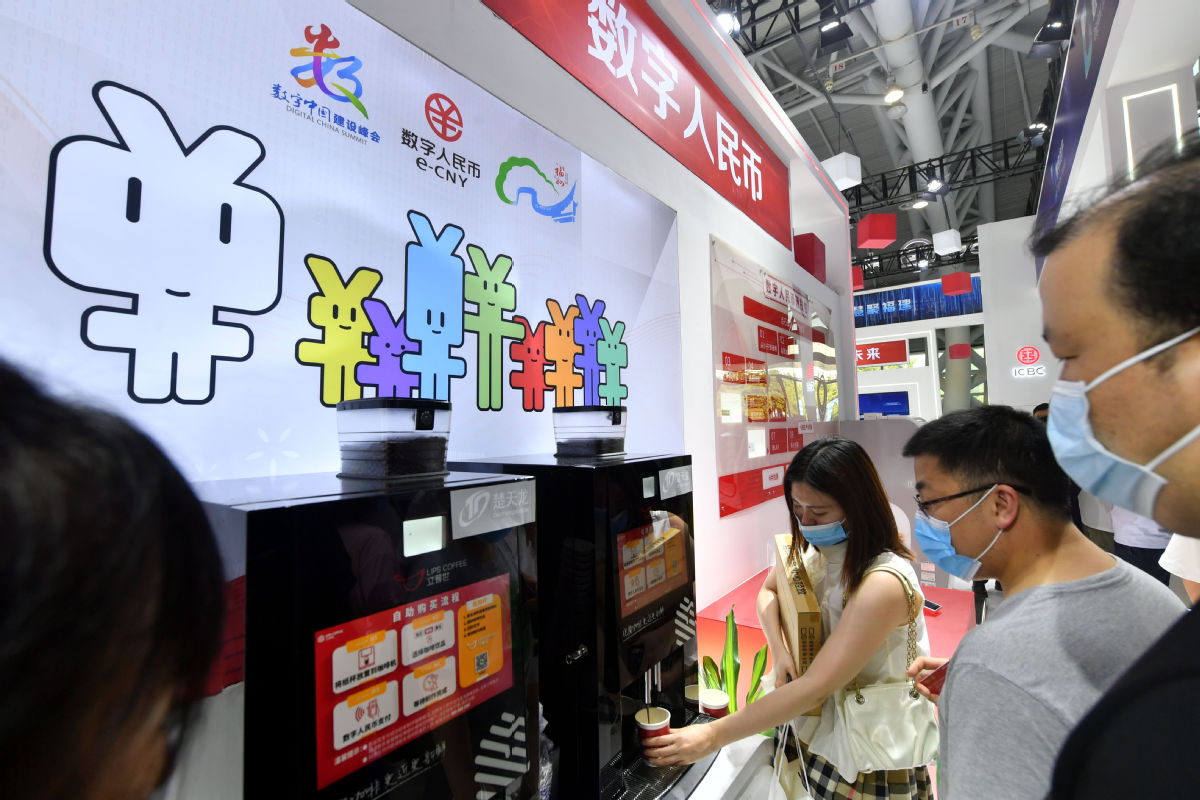 An industry organization has been established to promote the development of the digital renminbi industry in China, with technology heavyweights such as Huawei Technologies Co and banks such as Industrial Bank Co Ltd among its first batch of 37 members.

The move comes as China expands digital renminbi trials in more cities and aims to build a robust ecosystem for its digital currency.

The organization, translated as the Digital Renminbi Industry Alliance, was unveiled on Sunday at a forum of the fifth Digital China Summit in Fuzhou, Fujian province.

The alliance was jointly initiated by Huawei and Newland Digital Technology Co Ltd, a Fuzhou-based company that has been involved in trials of digital renminbi in many cities, and engaged in the internet of things devices such as point of sales, or POS machines and big data technologies.

Fan Yifei, deputy governor of the People's Bank of China, said at the Fuzhou forum that as pilot cities for digital renminbi operations, Fuzhou and Xiamen in Fujian province have seen rapid development in promoting its use in people's daily lives such as shopping, transportation and entertainment.

Meanwhile, the two cities came up with special application scenarios. Fuzhou, for instance, uses the digital currency to offer more convenient financial services for Taiwan province-based enterprises that do business with the Chinese mainland, including piloting the use of digital renminbi for currency conversion and tax payments, Fan said.

The central bank will support Fujian to explore its advantages in the digital renminbi industry, and create more application scenarios and business models, Fan said.

Wang Jing, director-general of the Digital Renminbi Industry Alliance and chairman of Newland Digital Technology, said the new alliance is dedicated to docking the development of digital renminbi with the nation's broader Digital China strategy, advancing the new information infrastructure for digital currency, and promote joint technical research, sharing of technology and knowledge in the area.

The alliance will promote joint innovation, as it can integrate resources from government agencies, financing institutions, research bodies and parties involved in promoting the application of digital currency, Wang said.

The alliance's members also include several State-owned banks, according to Newland Digital Technology which claimed itself as the second-largest supplier of POS machines for financial payments in the world. But it did not disclose details.

CITIC Securities said in a research note that digital renminbi, as the payment infrastructure in the era of the digital economy, will see wider use. The involvement of multiple parties will accelerate its development.

As a legal digital currency, digital renminbi will fully respect privacy, ensure the protection of personal information, and do a good job in risk prevention, Mu said.