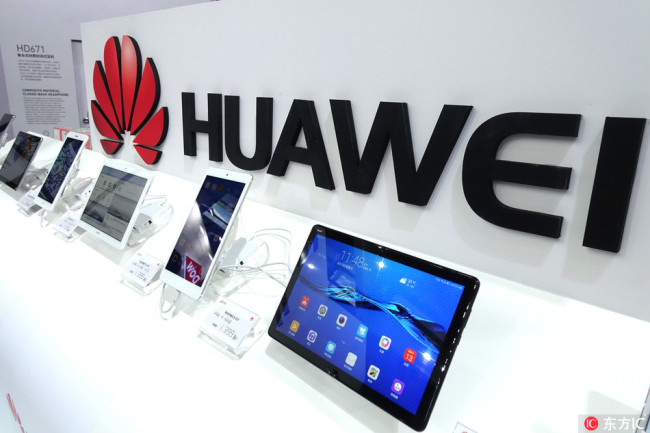 Huawei has revealed its newest Kirin 980 processor, claimed to be the first 7nm process-based chipset in the world.

The 10nm process is currently in use in the sector. Huawei says the 7nm technology enables Kirin 980 to pack 6.9 billion transistors, up 1.6 times from the previous generation.

The performance of the chip has been increased by 20 percent thanks to the 7nm process, and efficiency improved 40 percent, according to Huawei.

The Kirin 980 SoC will feature in Huawei's flagship phone Mate20, which is to be launched next month.

Huawei has spent over 300 million U.S. dollars in developing the Kirin 980 processor.

The 7nm process manufactured with the chip has been provided by Taiwan Semiconductor Manufacturer Company.