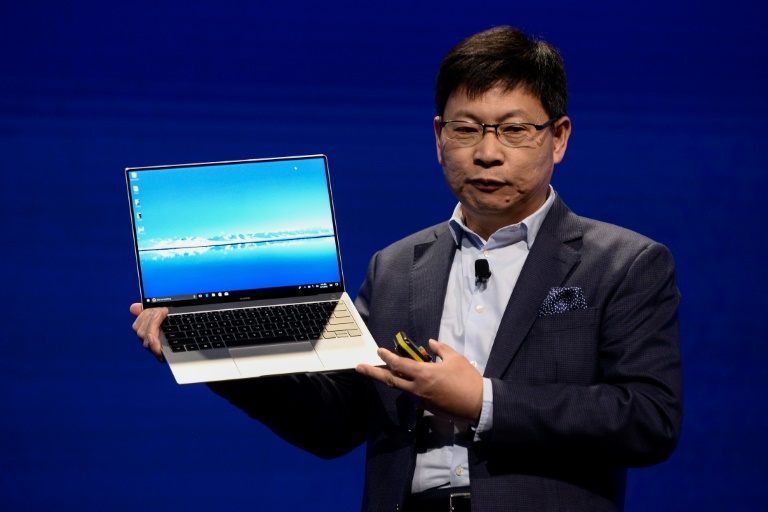 China's Huawei launched a new laptop and tablet on Sunday as it seeks to cement its place among the world’s three biggest electronic device manufacturers.

The laptop, the Matebook X Pro, and the tablet, the MediaPad M5, were presented on the eve of the opening of the Mobile World Congress in Barcelona -- the scene of previous major Huawei launches.

But this year the company will instead present its new flagship smartphone -- the P20 -- on March 27 in Paris, in what is seen as a bid not to be eclipsed by Samsung's launch of its new top end phone later Sunday.

"By launching the new P20 smartphones only a month later in Paris, Huawei will be able to fine tune its marketing message based on how the new Samsung S9 devices are perceived by consumers," said Forrester analyst Thomas Husson.

Both the new Huawei laptop and tablet feature long lasting batteries and quicker charge times and are available in grey and silver.

The laptop's power button doubles as a fingerprint scanner, which Huawei says will start and securely log into Windows in under eight seconds.

Huawei also unveiled what it said is the world's first commercial chipset that meets the standards of the super-fast 5G wireless networks which are poised to start being rolled out. 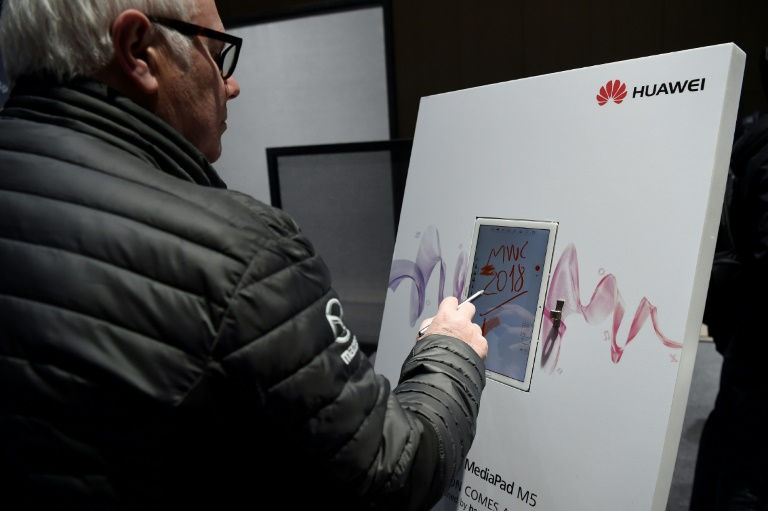 A man paints with the new Huawei MediaPad M5

The company said the chipset can hit download speeds of 2.3 gigabits per second, significantly faster than speeds reached in current 4G networks.

Huawei remained the world's third biggest seller of smartphones in 2017, behind Samsung and Apple.

It boasted a 10.4 percent market share, up from 9.5 percent, according to research firm IDC.