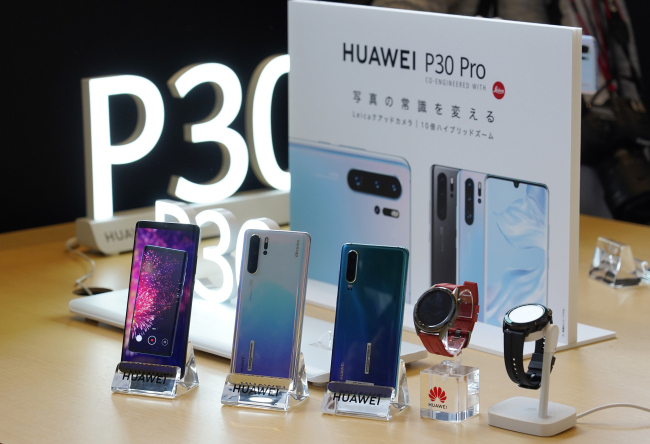 New Huawei products on display at a promotional event in Tokyo, Japan, on May 21, 2019. (File photo: VCG)

The carrier says the phone runs on Google's Android operating system, and that customers will receive updates for the software.

It's reported that KDDI is one of four telecom operators selling the phone. KDDI, together with the SoftBank's low-cost mobile brand Ymobile, delayed the start of sales of the phone, which were due to begin in May. The delay was reportedly because of the trade restrictions imposed on Huawei by the United States.

Another mobile network operator in Japan, NTT Docomo, also put their launch of the new Huawei phone on hold, which was originally planned for the summer.