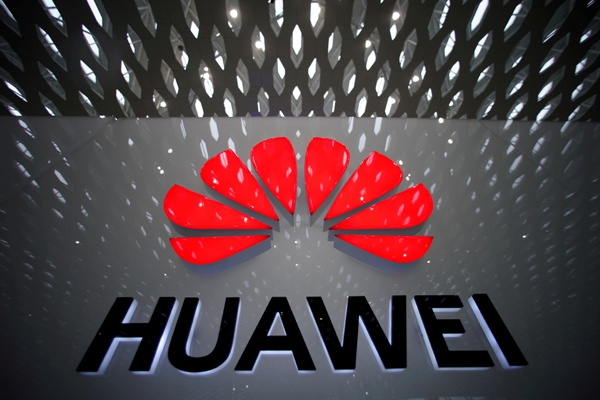 Chinese telecommunications giant Huawei has been quietly shipping millions of masks and other protective equipment to Canada to help front-line medical workers to cope with the coronavirus outbreak there.

Although the federal government has issued a national call asking domestic businesses to offer products and services to help fill demand, Canada has seen a critical shortage of life-saving medical equipment amid growing COVID-19 cases.

The shortage was exacerbated on Thursday when United States President Donald Trump's administration told US manufacturer 3M to stop sending medical-grade face masks to Canada and Latin America. However, the company later announced it had reached a deal to send respirators to Canada and countries in Latin America.

Meanwhile, Canadian Prime Minister Justin Trudeau told the media on Saturday that Canada would be receiving a shipment of millions of masks from unnamed countries and companies in the next 48 hours.

Huawei's donation, including more than one million masks, goggles and gloves, was accepted by the British Columbia government late last week, but not acknowledged publicly until the province's Health Minister Adrian Dix announced on Monday the arrival of timely supplies.

"The province has many supply sources included transfers from our federal partners and a variety of domestic and international suppliers," Dix told PostmediaNews. "We don't share details about our suppliers."

Some observers see Huawei's donation as being linked to the company seeking approval to join Canada's next-generation 5G network, and to the case of Meng Wanzhou, its chief financial officer, who was arrested in Vancouver in 2018.

But Huawei said it is simply trying to help by fulfilling a corporate responsibility.

And the company's donation is a "particularly valuable one" as the rapid spread of COVID-19 sparks a global race to purchase masks, according to The Globe and Mail.

Asked by the media about Huawei's gift, Trudeau on Tuesday said that donations of medical supplies from foreign companies will not change how the government views those companies going forward.

Separately, Alykhan Velshi, Huawei Canada's vice-president of corporate affairs, said the company was reaching out to provinces across Canada to provide medical masks and other equipment, but it is not something it intends to "promote or publicize".

"Many companies are making similar efforts and we're fortunate we're in a position logistically and financially to help out as much as we have been," Velshi told Postmedia.

"We're in a unique position in that we have 1,200 employees in communities across Canada. So we see the need. As a global multinational we operate in more than 180 countries, so we're able to locate and access supplies. Our scale and logistical capabilities mean we're able to move fast," said Velshi.

Huawei has donated millions of protective masks around the world since March to help fight the COVID-19 pandemic.