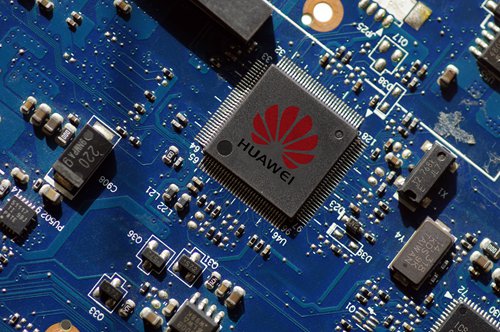 HiSilicon, the semiconductor arm of China's Huawei Technologies, has launched a global talent hunt to accelerate new technology research and development (R&D) in a bid to build up its lead in the information communications technology (ICT) sector and beyond.On a Sunday notice posted on its WeChat account, HiSilicon listed a total of 31 top engineering lines with specific descriptions. The lines include engineers engaged in artificial intelligence (AI), autonomous driving algorithm, computer vision algorithm, graphics sensor and digital chipsets.An industry analyst surnamed Li told the Global Times Sunday that Huawei is going all out in the R&D of Internet of Things (IoT), AI, cloud database and the sixth-generation of hyper-fast networks.All the HiSilicon top lines are open to students who are reading for a doctoral degree and will graduate from domestic universities between September 1 this year and the end of next year, as well as those from overseas universities whose graduation dates fall between the start of this year and the end of next year.Their workplaces are major Chinese cities including Beijing, Shanghai, Shenzhen and Dongguan in South China's Guangdong Province, Nanjing, capital of East China's Jiangsu Province, Wuhan, capital of Central China's Hubei Province, Chengdu, capital of Southwest China's Sichuan Province, Xi'an, capital of Northwest China's Shaanxi Province, as well as Hangzhou, capital of East China's Zhejiang Province, said the notice.Huawei did not respond to a Global Times interview request about the salaries for the positions.A Chinese netizen named Jianrencengai, who's an undergraduate majoring in mathematics and telecommunications, said on Weibo that he wished to join the HiSilicon team in the future and contribute his efforts.The US Commerce Department said Wednesday it is adding Huawei and 70 of its affiliates to its Entity List, which will ban the Chinese telecom giant from buying parts and components from US companies without US government approval.In an internal letter seen by the Global Times on Friday, He Tingbo, president of HiSilicon, said it has been preparing for this scenario for a very long time. It has a backup plan as the company years ago made assumptions about the need for survival under extreme conditions."All our backup products are now being put to use our long-term efforts will ensure continuous product supply," He said.