BUSINESS Huawei says survival to be main task under US ban, vows to use all strength to empower industry partners

Huawei says survival to be main task under US ban, vows to use all strength to empower industry partners 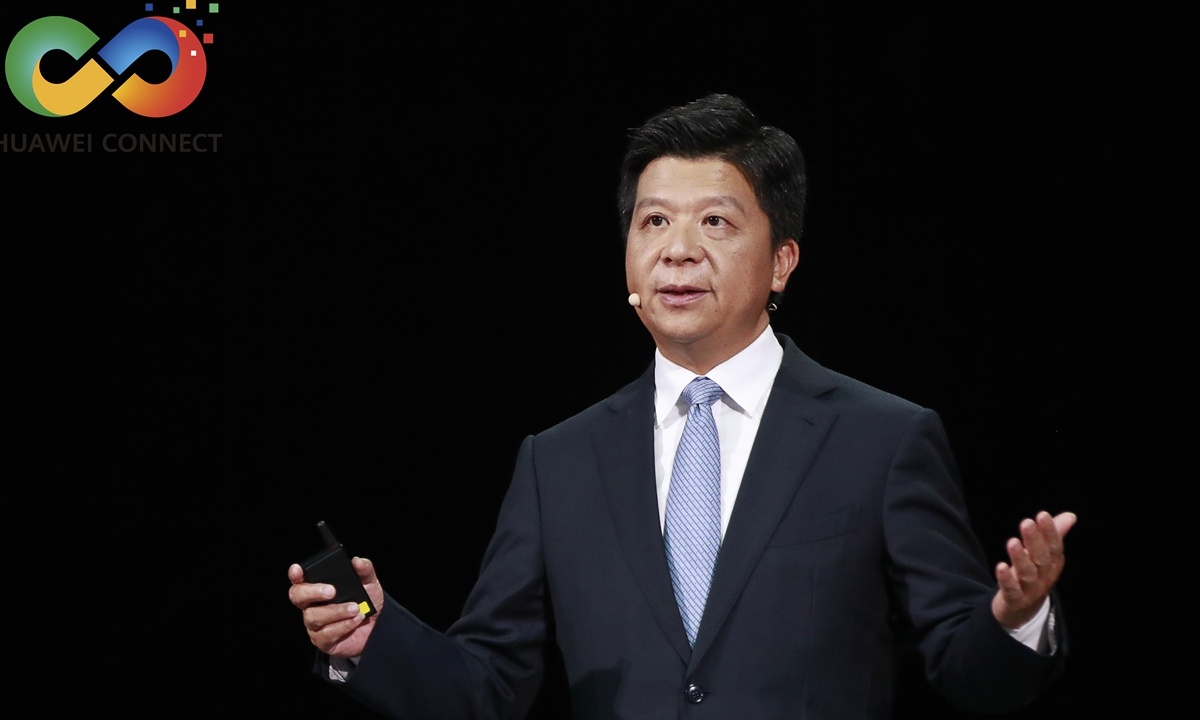 While some people are still wondering about the fate of Huawei, the Chinese tech giant which has been just cut from almost all chip supplies under a US chip ban effective from September 15, doesn't seem to be as worried as expected and has presented its next vision to the world - use all its technological strength to empower its partners in the industrial chain become stronger in the upcoming ICT era.

During the annual Huawei Connect 2020 held in Shanghai on Wednesday, an annual flagship event hosted by Huawei for the global ICT industry, also the first large-scale offline event it held after the chip ban, Huawei unveiled its next focus: creating new value with industry partners across the tech domains of network, computing, cloud service and AI.

It has also vowed to "leave no one behind in the digital world, make millions of dreams come true" through its technological strength.

"In the next phase, Huawei will work with its partners to apply ICT technologies to industries, helping enterprises grow their businesses and helping governments achieve their strategic goals of boosting domestic industry, benefiting their constituents, and improving overall governance," Guo Ping, rotating chairman of Huawei, said in Shanghai on Wednesday.

As September 15 was the date set by the US government for curbing high-end chipset supplies to Huawei, which would deliver a heavy blow to the company's Kirin chips and further weigh on its high-end flagship smartphones. Guo said that Huawei is now facing extreme difficulty under US continuous crackdown, and it is still evaluating the impact.

"But what's clear is seeking for survival is our main task now," Guo said.

US chipmaker Advanced Micro Devices Inc (AMD) and Intel have reportedly obtained a license from the US government to supply chips to Huawei, which industry analysts said could be "good news" and would allow the firm to continue its rising laptop business.

Guo noted that US' current suppression of Huawei is mainly concentrated in the supply chain field. In terms of strengthening the supply chain, Huawei advocates growing together with suppliers and sharing benefits. "Huawei will use all its strength to help supply chain partners grow stronger and stronger."

Looking ahead, Guo ended his speech with words from Walt Whitman, which also indicated the firm's faith in surviving in the face of headwinds and uncertainties - "keep your face always toward the sunshine and shadows will fall behind you."