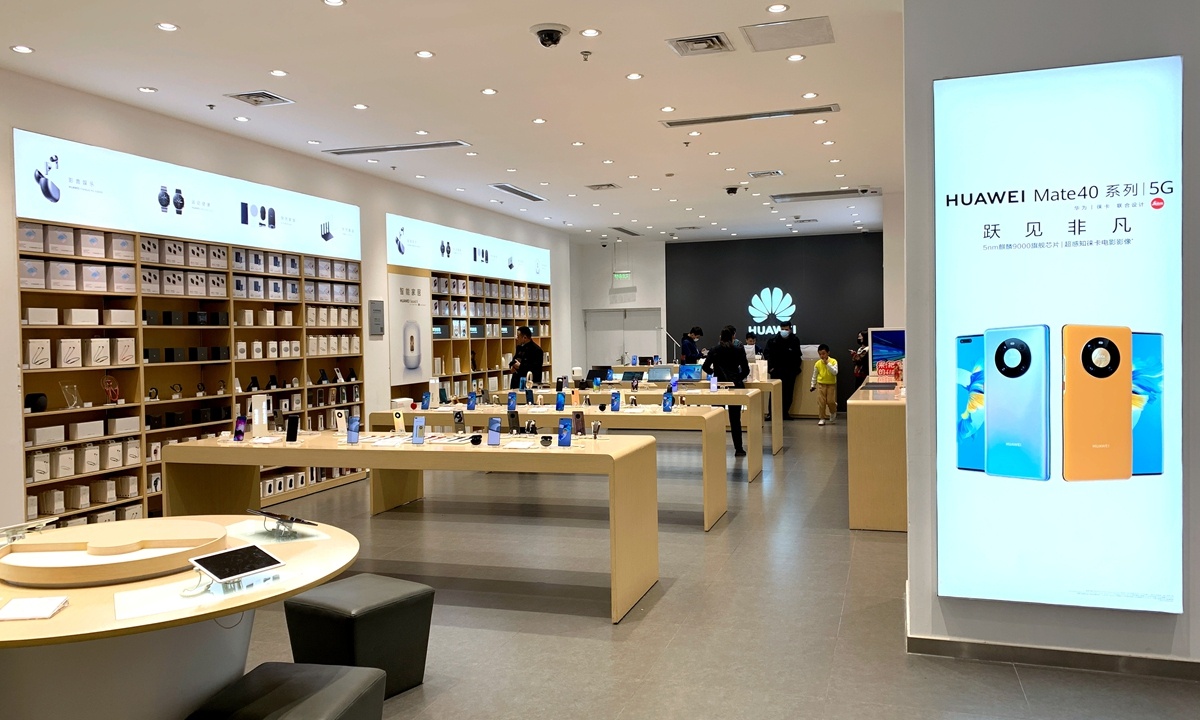 Huawei's suppliers reportedly said that they have received the prototype design for the Mate50, one of Huawei's high-end flagship models, raising hope for a September launch that would mark another milestone in the company's fight to survive from a crippling US crackdown.

The launch of the Mate50 has been held up by the US chip ban, which, experts say, could still hamper shipments of the smartphones, despite a successful launch. Also, the company may still have to make hard choices between its flagship smartphone series due to limited chip stockpile, experts added.

According to China Securities Journal, which cited an inside source, Huawei suppliers have confirmed receiving the design of the Mate50 from Huawei, but they have also said there is no specific schedule for the launch or shipments.

The lack of specificity, according to comments by Richard Yu, the CEO of Huawei's Consumer Business Group at the launch of the HarmonyOS 2.0 system earlier this month, is "for reasons that you are all aware of," apparently referring to the ongoing US ban.

But experts said the fact that the suppliers had received the Mate50 design might mean the fate of the new smartphone is more hopeful than expected, and that Huawei might have resolve the chip issue by using existing stockpiles of Kirin 5000 5G chips.

"Contrary to many market expectations, it shows that Huawei has not given up its high-end smartphones despite the heavy impact of the chip ban on its smartphone business, and the plan to produce and release them is still on," Xiang Ligang, director-general of the Beijing-based Information Consumption Alliance, told the Global Times on Sunday.

"For now, the Kirin 5000 chip is still competitive with chips from other 5G phonemakers, and Huawei won't give up the high-end market as long as it still has these chips in stock," Xiang added.

However, according to Fu Liang, an independent industry analyst, the limited stock of chips means that Huawei might need to choose between its high-end smartphones - the Mate and P series - to survive the high-end competition.

According to the Shanghai Clearing House, Huawei's stock of electronic components fell by about 59 billion yuan ($9.14 billion) between the end of September in 2020 and the end of March in 2021.

"It is not clear how many chips are left, but they are definitely running out fast," Fu said. "If the Mate50 is released this September, the shipments will be limited compared with previous years, and the new P50, which should have been launched in March or April, would probably have to be cancelled for the year."

Huawei's Mate and P series are its two flagship models designed to compete in the high-end smartphone market with the likes of Apple.

Without a new launch, 2021 would mark the first time that Huawei missed its annual new release since the initial launch of the Mate series in 2013.

Fu added that Huawei has been trying to break the bottleneck and maintain its market share with advanced 4G phones equipped with its Harmony operating system.

"Huawei has been upgrading the hardware in its phones at a low cost in an effort to keep its market share, but in the future, its core competitiveness will have to rely on its Harmony system if the ban is kept in place," Xiang said.