BUSINESS Huawei to launch own OS this year

Huawei to launch own OS this year 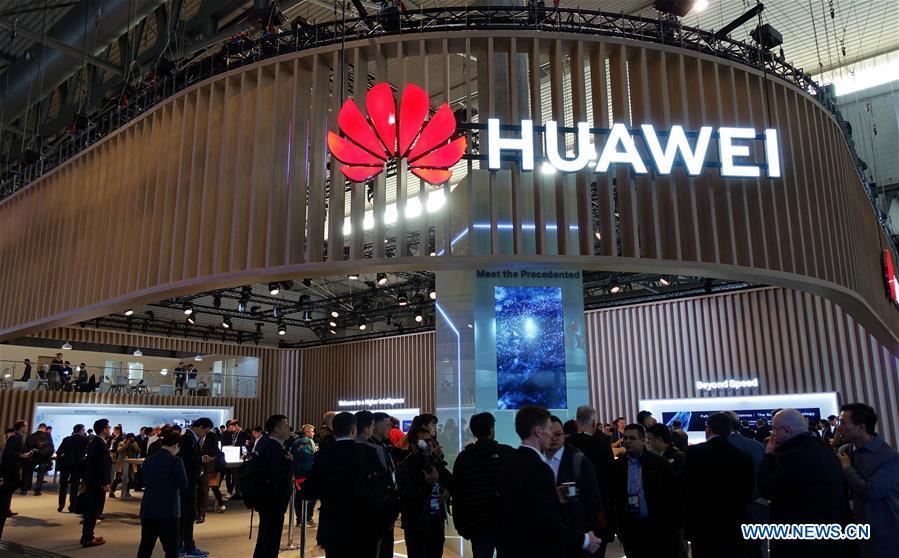 People are seen at the booth of Chinese tech company Huawei at the 2019 Mobile World Congress (MWC) in Barcelona, Spain, Feb. 25, 2019. (Photo:Xinhua)

Huawei Technologies Co said on Wednesday that it may launch a self-developed operating system later this year as the tech giant steps up efforts to enhance in-house software capabilities to offset the fallout from US restrictions.

Yu Chengdong, CEO of Huawei's consumer business group, said that the company's own operating system will be available "as early as this fall or next spring at the latest."

The comments came after Google said it would partially cut off Huawei devices from its Android operating system. As part of the latest development, the US government said on Tuesday that it could delay its ban on American technology exports to Huawei, but the move will give its existing devices access to Android for 90 days.

"Huawei's own operating system will be compatible with all Android and all web applications. If the Android apps are recompiled, their running performance can be improved by more than 60 percent," Yu said in a WeChat group involving some internet experts.

According to him, the new operating system will be able to support mobile phones, computers, tablets, televisions, cars and smart wearable devices. Huawei did not respond to requests for comments.

Meanwhile, shares of Chinese companies focusing on operating systems saw huge spikes on Wednesday with Wondertek, Bird and Nsfocus all rising by the 10 percent daily limit.

Analysts pointed out that the impact on Huawei is "limited" as the Shenzhen-based company has the potential to develop its own system and has been preparing a Plan B for years to counter a potential ban.

"Huawei has been striving to expand its business to better adjust to the global market changes and investing a lot on core technologies to bolster its core competitiveness and gain an edge globally," said Xiang Ligang, director-general of the Information Consumption Alliance.

A PowerPoint published in Chinese social media suggested that professors from Shanghai Jiao Tong University have led the development of Huawei's operating system, which is likely to be named "Hong Meng," referring to the Chinese generation before the universe was formed.

"The system has made a lot of optimization on Linux, an open-source operating system, and has been applied into Huawei's smartphones," said the presentation, which has since been deleted.

Huawei founder Ren Zhengfei had said in an internal briefing that the company should develop its own operating system and chips to counter challenges from external providers.

However, industry insiders said that an app ecosystem is much more important than developing an operating system, as can be seen from the failure of Blackberry and Microsoft's self-developed mobile operating systems.

"It won't be a problem to create an ecosystem in the domestic market as Chinese consumers currently do not use the same apps as foreigners do. Also, Huawei can get help from Chinese tech leader Tencent which owns a huge app ecosystem," said an IT expert familiar with the matter who did not want to be named.

He said that there are negative impacts for Huawei in foreign markets in the long term but that does not mean there are no options. "In the worst-case scenario, it can still offer a bare smartphone overseas and cooperate with local third-party firms for the operating system," he said.