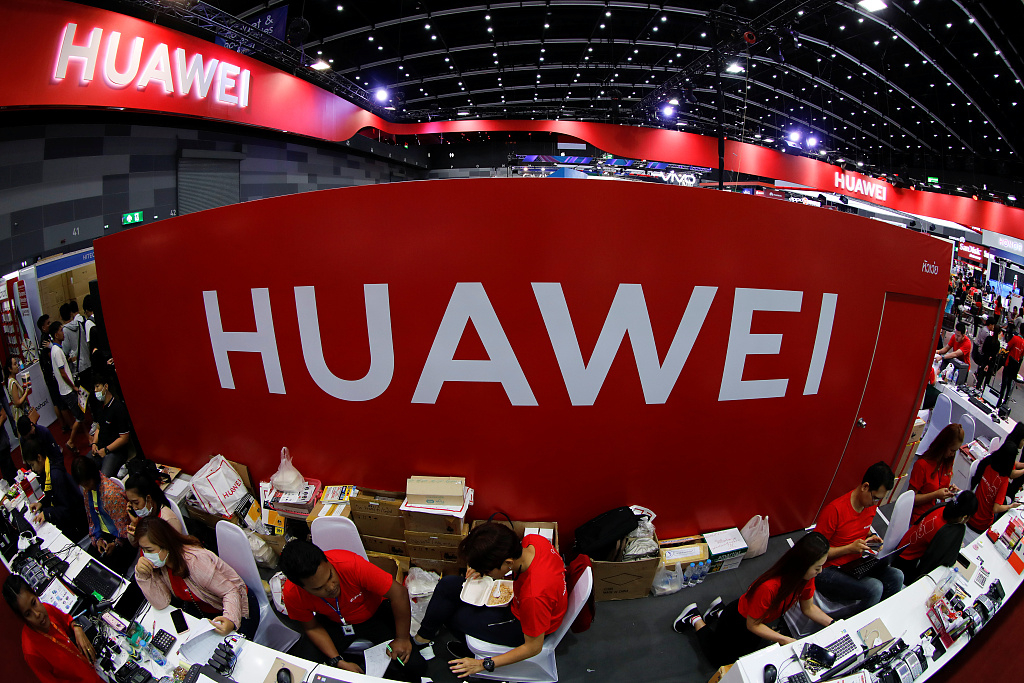 Workers sit at the Huawei stand at the Mobile Expo in Bangkok, Thailand, May 31, 2019. (File photo: VCG)

Chinese telecom company Huawei said they are ready to help build 5G infrastructures among Southeast Asian regions during a business and investment summit held in Bangkok on Sunday.

Early in February, Association of Southeast Asian (ASEAN) summit host Thailand teamed up with Huawei to deliver the 5G network to the 5G Testbed despite the U.S. warning to ban Huawei's involvement in its allies' next generation network construction.

Huawei has already signed an agreement with Maxis, Malaysia's No.2 mobile network operator by subscribers, to launch 5G services. It also has a preliminary 5G deal with Axiata Group Bhd's Celcom, according to Reuters.

"It is hoped that Malaysia's early commitment to 5G, to rapidly deploying 5G testbeds and nationwide demonstration projects, will position the country as one of the leaders of 5G adoption in the world," Gobind Singh Deo, Malaysia's minister of communications and multimedia, said.

Meanwhile, Globe Telecom in another member country, the Philippines, expressed its willingness to work with Huawei during the summer, saying that it was launching Southeast Asia's first 5G broadband service using Huawei technology.

"We are willing to help the Association of Southeast Asian countries to carry out the fourth Industrial Revolution, and we are here to support the development for the 5G," said Huawei vice-president Edward Zhou at the summit.

"China and the US now is in the trade war and also there is some kind of technology war (which) Huawei is very focused on at the moment," he added.

According to Agence France-Presse (AFP), Thailand and the Philippines have shrugged off the cybersecurity warnings in a rush to exploit the ultra-fast 5G network promised by the China's biggest smartphone maker in an attempt to improve their own competitiveness in business, infrastructure and transportation sectors.

The platform for the 5G network offered by Huawei in Thailand includes the 5G base station, access network, use-case products and other 5G-related equipment to be used at the Testbed site, with the total investment reaching 5 million U.S. dollars.

However, the early starter is not always the final winner. Huawei also has competitors in this region. Among them is world tech giant Nokia. The Finnish company worked with Germany's Port of Hamburg last year to test the technology in traffic-light management as well as data processing from mobile sensors and virtual reality. It is keen to build on that experience in Malaysia, Siva Shanmugam, head of Nokia in Malaysia, told Reuters.

Shanmugam said Nokia was also working with three telecoms customers in Malaysia, including U Mobile, on 5G live trials.

In the 5G race, Vietnam chose to take a different path. The Viettel Military Industry and Telecoms Group in the country plans to begin its 5G pilot network this year and aims to develop its own base stations, according to Nikkei Asian Review's early report.

"We have previously relied on imports, but now we want to develop homegrown 5G technology," said Nguyen Manh Hung, minister of information and communications.