BUSINESS Huawei to shore up investment in Canada despite CFO detention

Huawei to shore up investment in Canada despite CFO detention 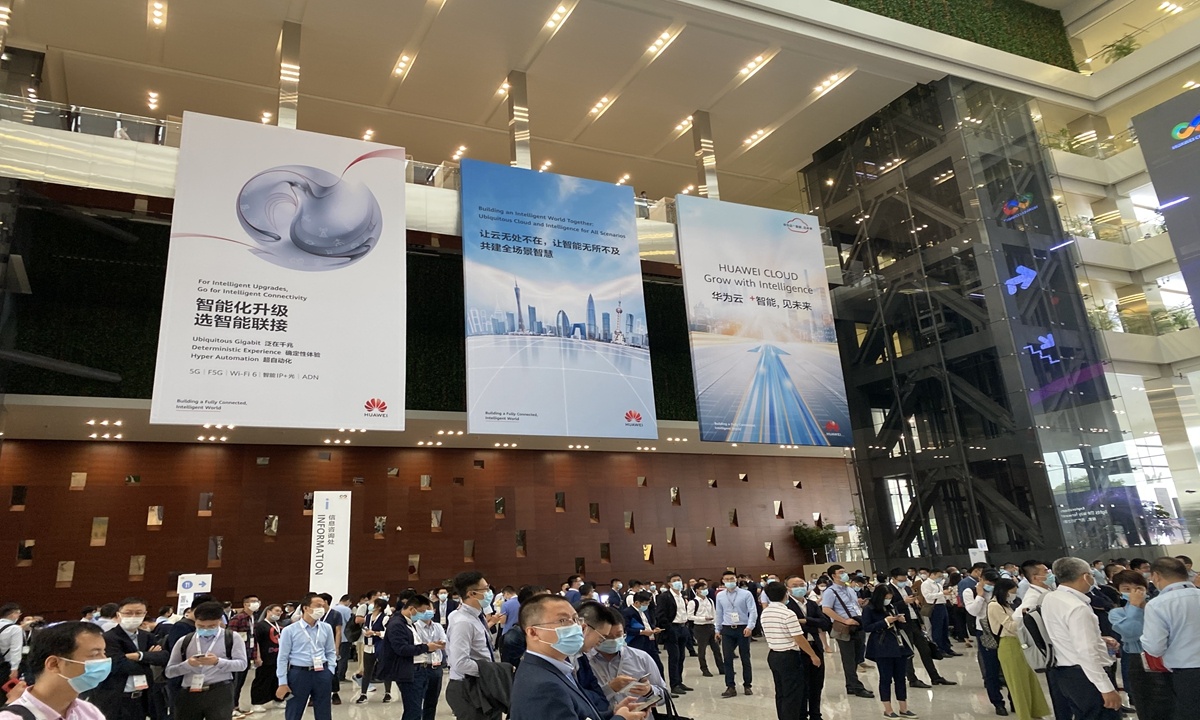 Attendees at the Huawei Connect 2020 in Shanghai on Wednesday Photo: Shen Weiduo/GT

Chinese technology giant Huawei said it will continue to invest in Canada betting on the country's broad development prospects, even though the company's CFO remains detained in the country.

Yan Lida, senior vice president of Huawei, told a forum themed "Canada as an Investment Destination" on Tuesday that Huawei plans to increase investment and hire more workers in Canada despite the challenges it has been facing.

The event was organized by the Canada China Business Council to mark the 50th anniversary of diplomatic relations, which fell on Tuesday.

Huawei's investment in Canada's research and development (R&D) centers is up 30 percent year-on-year so far this year, despite the difficult times caused the COVID-19 pandemic, said Yan.

The Chinese company values the fair and transparent environment in the Canadian market even as it faces challenges in many other places, he added.

Ottawa has not said officially if it will follow the moves of its allies in banning Huawei from building its 5G network.

All of Huawei's products shipped to Canada are checked by a third party and they are 100-percent approved, Yan noted.

During the 12 years that Huawei has been in Canada, there have been no cyber-security incidents of any kind. "We support and respect the Canadian federal government's independent review of 5G suppliers and evidence-based conclusions. Huawei firmly supports global industrial cooperation," a representative of Huawei's Canada office told the Global Times on Tuesday.

Huawei has seven R&D centers and 1,100 engineers in Canada, more than 90 percent of whom were recruited locally.

"Canada has broad prospects for 5G, which will be a tool to develop artificial intelligence," said the representative.

Economic ties between China and Canada have deteriorated since Meng Wanzhou, the Huawei CFO, was arrested in Vancouver at the request of the US government.

Total Chinese investment in Canada totaled $3.1 billion last year, well below the previous four-year average of roughly $5 billion per year, according to data from the University of Alberta's China Institute.

Robert Kwauk, partner emeritus with Blake, Cassels & Graydon LLP, told the forum on Tuesday that Canada welcomes foreign investment and values its importance to its economy, which could ease the concerns of potential Chinese investors under the current circumstances.