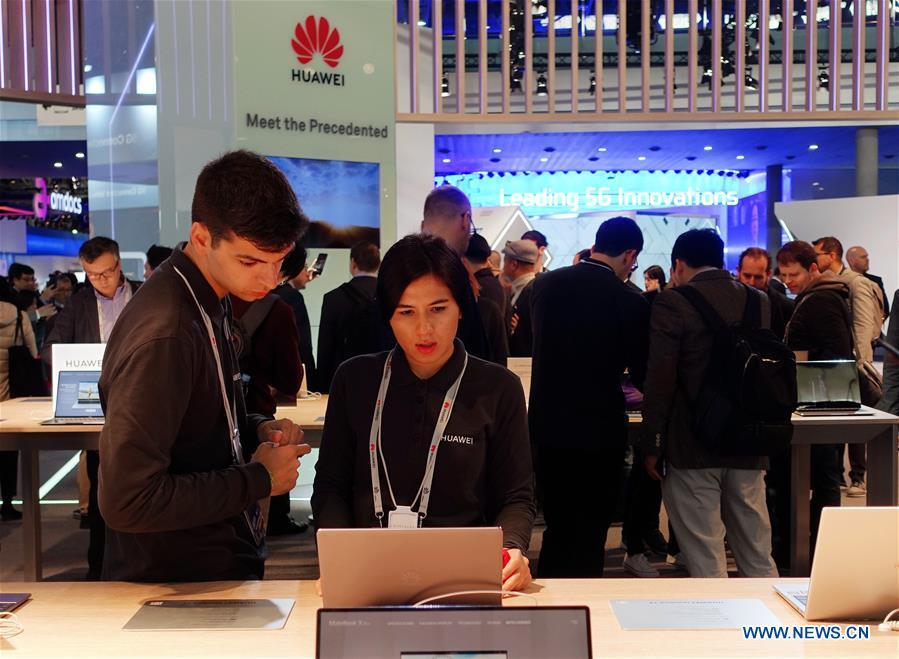 People are seen at the booth of Chinese tech company Huawei at the 2019 Mobile World Congress (MWC) in Barcelona, Spain, Feb. 25, 2019. (Photo: Xinhua)

Huawei on Friday unveiled a new smartphone chip, despite the challenges the company faces with US government restrictions.

The move comes as Huawei announced that its smartphone shipments exceeded 100 million units by May 30 this year, about one month faster than the time it achieved the same figure in 2018.

The new chip is designed with seven nanometer standards and is intended for high-end smartphones, said He Gang, president of Huawei's consumer business group, at a launch event in Wuhan, Capital of Hubei province.

Huawei is facing a crackdown from the US government, which accuses the company of posing risks to its national security.

Huawei, the world's largest telecom equipment manufacturer, has repeatedly denied the accusations and said these claims are not supported by factual evidence.