BUSINESS Huawei will not be a closed company despite US sanctions, founder says

Huawei will not be a closed company despite US sanctions, founder says

Ren Zhengfei, founder of Huawei Technologies Co Ltd, on Thursday expressed strong opposition to the idea of "one world, two systems" and said the Chinese tech giant will never be a closed company despite the US government restrictions against it.

"Huawei is preparing for backup plans amid the US government crackdown, but this is not a long-term choice for us. We would rather buy more components from foreign suppliers and produce less of our own components, because we want to get integrated into the world," Ren said during a dialogue with artificial intelligence experts in Shenzhen, Guangdong province. 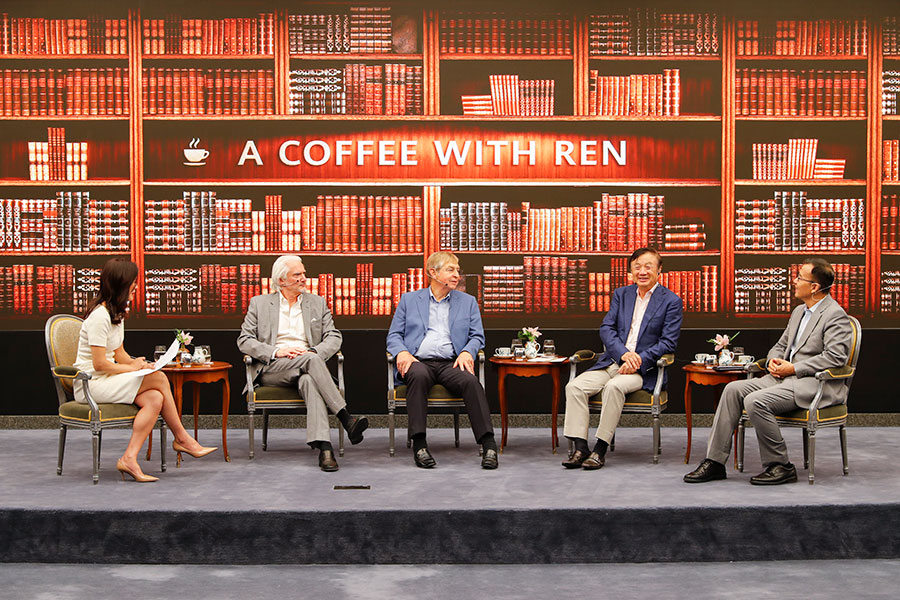 His comments came after a string of global tech companies including US chip giant Qualcomm Inc said they have continued or resumed their cooperation with Huawei despite the Chinese tech company is still being on the US government's trade blacklist.

British firm ARM Holdings said on Wednesday that its future ARM chip architecture can all be licensed to Huawei as it concluded that all the architectures are based on UK technologies and thus not subject to US trade regulations. Huawei uses the ARM architecture in most of its in-house chips for smartphones and computer servers.

Ren said it took the efforts of over 100 countries, and thousands of scientists around the world to finally have a unified global 5G standard, which is highly beneficial to global development.

The 74-year-old senior executive also elaborated that the chances are low to have a "one world, two systems" kind of setup.

"If the US does not turn its technologies into products and sell them to the world, it is also bad for the US. No country can isolate itself from the world, and it is impossible for anyone to rebuild a regional environment," Ren said.

According to him, the US is just like ice water on the Himalayas; it can flow down the mountains to water the plants. But if it stays on top of the mountains, it would freeze and become a glacier.

Also, if developing countries cannot buy such products from the US, he said, they will also find or develop their own alternatives.

Ren also said that Huawei is willing to license its 5G patents to one US company to develop its own products. This company will not only compete with Huawei in the US but all over the world. Currently, no US companies can build equally competitive 5G telecom equipment.

Peter Cochrane, fellow of the Royal Academy of Engineering in the United Kingdom, said history has shown that no countries or companies that embrace isolation have succeeded.

On Thursday, Ren also answered why Huawei decided to raise 6 billion yuan ($843 million) by issuing two tranches of bonds at such a time. "We need to issue bonds when we are in the best condition," Ren said.

According to the senior executive, artificial intelligence will be the biggest industry in the future, and social policies, regulations and moral ethics should work together to encourage new things. Otherwise, a country will fall behind others amid competition.