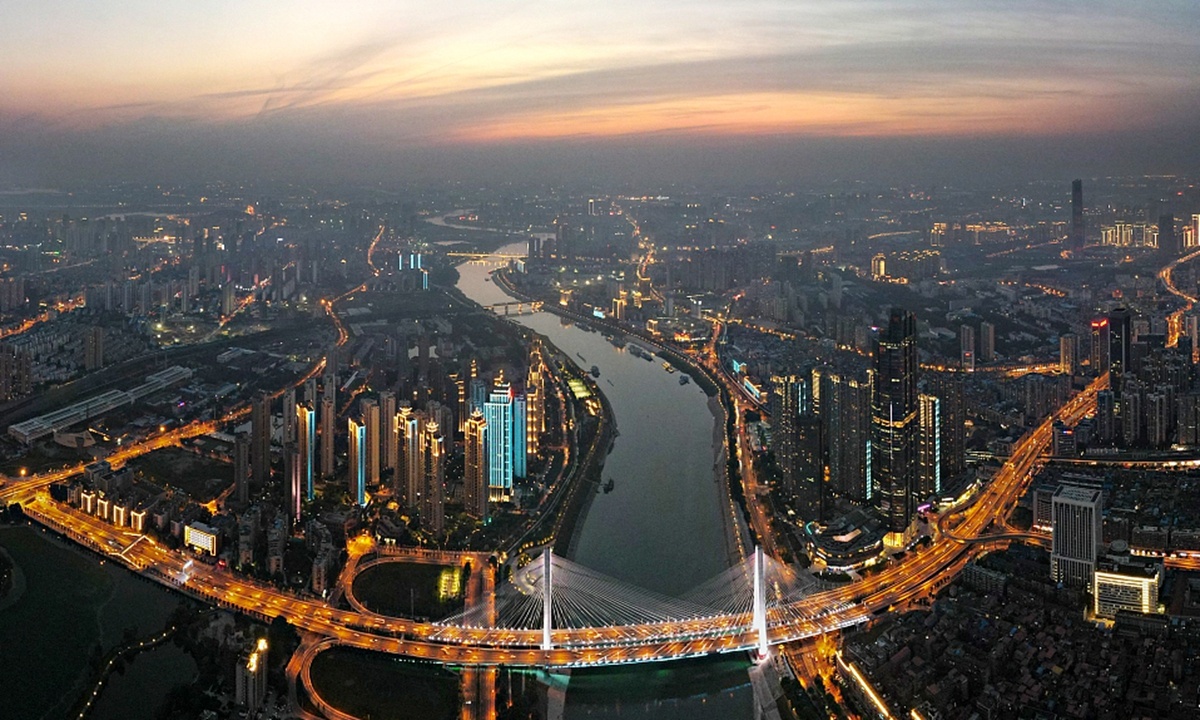 A new survey shows over 60 percent of fresh college graduates in Wuhan, Central China's Hubei Province, would like to work in the province after graduation, reflecting their growing confidence in the province's future amid a fast economic recovery and a rapid development of its high-technology sector.

About 327,000 university students in Wuhan will graduate this summer, 62.1 percent of whom have shown willingness to work in the province, up 19 percentage points year-on-year, domestic financial news portal yicai.com said, citing a report by zhaopin.com, one of China's biggest online job-hunting platforms.

"Previously, most of the students I taught preferred to go to first-tier cities like Beijing and Shanghai, or coastal areas, but this year, many opt to find a job in Hubei," Dong Dengxin, director of the Finance and Securities Institute of Wuhan University, told the Global Times on Thursday.

He said that the joint effect of the province's fast recovery from the COVID-19 as well as its economic structure upgrade has helped attract talent.

"The proportion of traditional heavy industries such as steel, petroleum and car manufacturing is declining, while that of emerging high-tech industries is on the rise."

Hubei's economy was battered by the coronavirus outbreak in the first quarter of 2020 which contracted a staggering 39.2 percent year-on-year.

However, the province posted an impressive revival between January and March this year thanks to swift and effective control of the virus, as the provincial GDP rose 58.3 percent to reach 987.27 billion yuan ($152.5 billion).

Hubei is expecting a strong economic comeback, with its GDP growth rate for 2021 estimated to reach more than 10 percent or even hit 15 percent.

Wuhan city alone saw an increase of 1,842 high-tech enterprises last year, with the city's total technology firms reaching 6,259, according to the local government.

An increasing number of high-tech companies, attracted by the resilience and vitality of Wuhan, have flocked to the city, establishing headquarters or racking up investment. Immediately after the removal of Wuhan citywide lockdown, US industrial conglomerate Honeywell set up a wholly owned subsidiary in the city.

In addition, more than 80 internet companies such as Xiaomi Inc and leading artificial intelligence firm iFlytek have rushed to establish second headquarters in the city, local media Hubei Daily reported.

A 35-year-old Wuhan resident surnamed Xie, who returned to Wuhan after working for 10 years in Beijing, told the Global Times that he strongly felt that the province's economy is thriving after a short-term pain, as new businesses are blossoming there.

"It even didn't take me much time to find a managerial job at a high-tech company in Wuhan," he said, noting that he believes the integration of a range of emerging industries will spark a digital wave in the province.