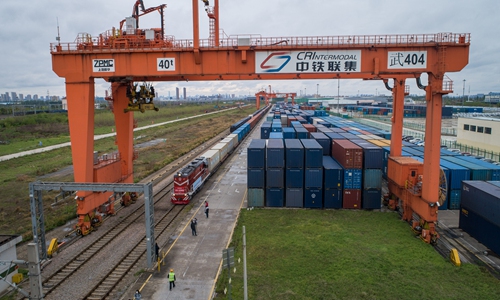 Exports of mechanical and electronic products plunged 40.8 percent in the first quarter, according to data from customs in Wuhan, capital of Hubei. In particular, exports of smartphones shrank 61.3 percent from January to March, and auto parts exports fell 19.7 percent during the same period. Exports of labor-intensive products also fell, down 43.3 percent.

Imports of meat increased 4.8 times and rice imports 7.9 times in the January-March period.

ASEAN was Hubei's biggest trading partner in the first quarter, followed by the EU, the US, Japan and South Korea, customs data showed.