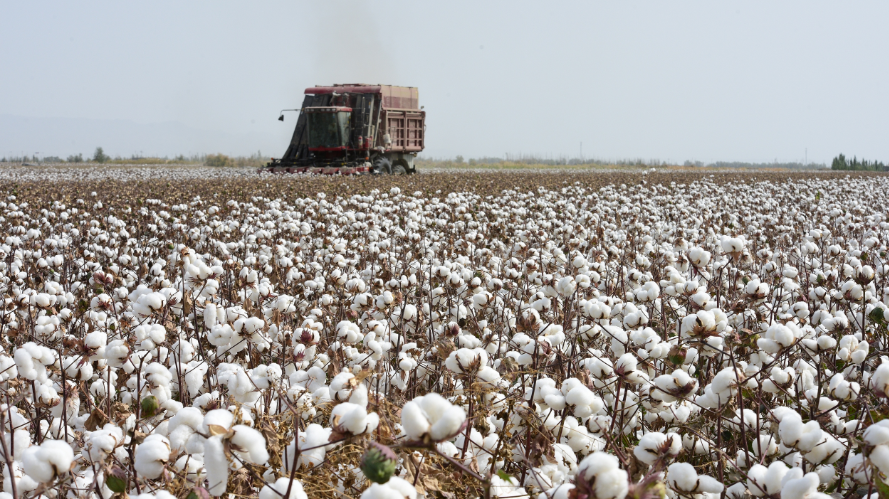 The huge amount of subsidies provided by developed cotton-exporting members of the World Trade Organization (WTO) is the crux of the cotton issue and has led to global market distortion, China's ambassador to the WTO said on Monday.

The developed members, particularly those cotton-exporting members, are providing substantial distorting support to their cotton sectors, with per capita support to cotton farmers sometimes even reaching up to over 30,000 U.S. dollars, which is hundreds of times as much as that by developing members, according to China's Ambassador to the WTO Zhang Xiangchen.

Zhang's remarks came at a ministerial-level session on cotton negotiation in Geneva on Monday, when the first World Cotton Day is celebrated at the WTO headquarters.

He warned that such a large amount of subsidies would not only lead to global market distortion but also reduce the export opportunities of African cotton-producing countries and affect the livelihood of their cotton farmers.

"The top priority of cotton negotiation is to correct the 'rule deficit' and eliminate AMS beyond de minimis for cotton with a view to leveling the playing field," Zhang concluded, referring to the excessive aggregate measurement of support (AMS), a trade distorting subsidy, by developed members, while calling on all WTO members, developed ones in particular, to actively participate in the cotton negotiations, shoulder their responsibilities and make their contributions.

The Chinese ambassador said to enhance the developing members' productivity and competitiveness of cotton industry, China will earnestly implement the action plan adopted by the China-Africa Cooperation Forum Summit and continue to promote comprehensive economic and technological cooperation with African cotton countries.

China "will also help them to develop cotton industry development plans so as to achieve high quality cotton production and to establish their own cotton value chain," Zhang said.

Meanwhile, Zhang held that any outcome of cotton negotiations shall include the special and differential treatment, as developing members are faced by challenges and difficulties, such as large population of farmers and capacity constraints.

"Therefore, the negotiation must follow the idea of development and inclusiveness and adhere to the principle of common but differentiated responsibilities," Zhang said.

"China strongly opposes to the prerequisite set by some developed members that they would only commit their reductions or other obligations when developing members do the same," he added.

Initiated by the Cotton-4, namely Benin, Burkina Faso, Chad and Mali, World Cotton Day was established to celebrate all aspects of cotton, from its qualities as a natural fiber to the benefits people obtain from its production, transformation, trade and consumption. The event is intended to shed light on the challenges faced by the cotton sector around the world, particularly in least-developed countries.

The World Trade Organization (WTO) Director General Roberto Azevedo underlined the importance of cotton to many developing countries at the launch of the first World Cotton Day in Geneva on Monday, hoping to "bring together the cotton, trade and development communities to foster greater value addition and value capture in developing countries."

He asked participants to heed the challenges faced by cotton farmers, including market access barriers, subsidies provided by some countries and supply-side challenges at home which limit the competitiveness of export-oriented processing.