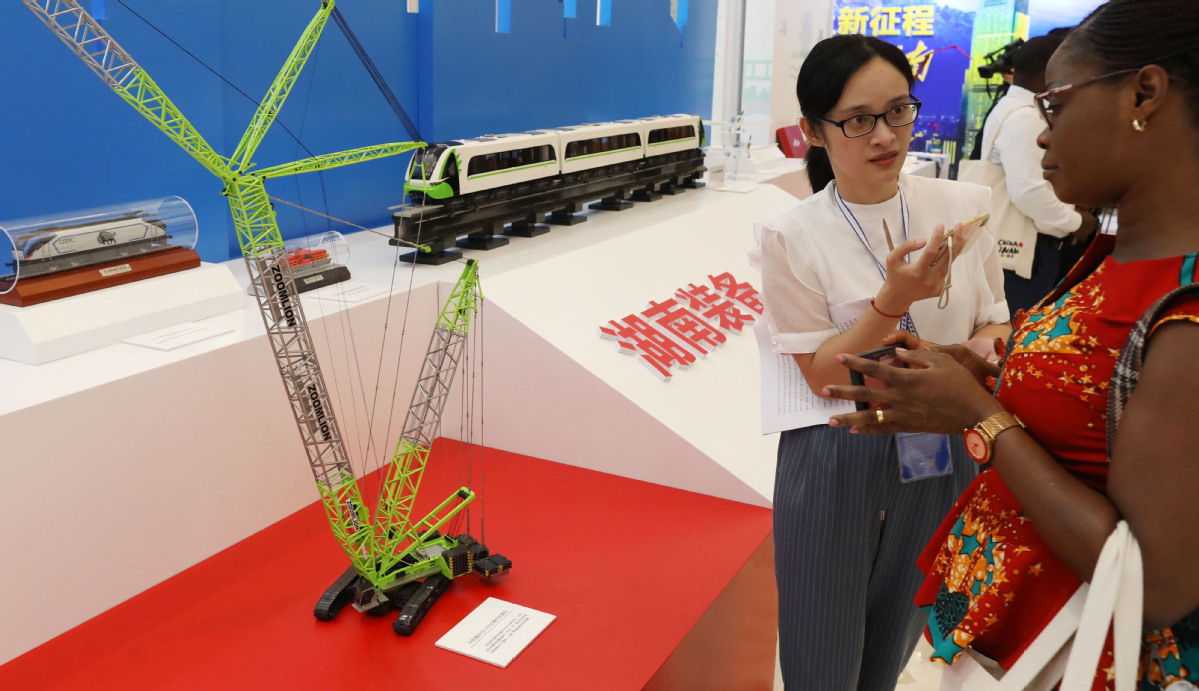 Heavy machinery models on display at a news conference about Hunan province, which was held on Thursday in Beijing. (Photo: China Daily)

In an orderly, accurate and efficient manner, they are producing concrete pump trucks that will be used to build the world's tallest skyscrapers.

Smart factories like this are nothing new in Central China's Hunan province. Over the past few decades, it has been leveraging intelligent manufacturing for industrial upgrading as well as high-quality economic development.

"We have given priority to the improvement of industrial structure, aiming to move from an agricultural province to a province with strong industrial competitiveness," said Du Jiahao, Party secretary of Hunan.

"A modern industrial system dominated by manufacturing and related services is taking shape in the province," said Du, at a recent news briefing held by the State Council Information Office.

According to him, the total industrial output grew at an annual growth rate of 12.1 percent to hit 1.19 trillion yuan ($173 billion) in 2018, with a string of emerging sectors witnessing robust growth.

With some of the nation's leading equipment manufacturers based in the province, Hunan has called for accelerated efforts to make key areas of manufacturing more intelligent. One of the province's major goals in near future is to become a strong manufacturing power.

By the end of 2018, a total of 27 enterprises in Changsha, capital of Hunan, had received recognition as national pilot models of intelligent manufacturing, the most among all provincial capitals, according to a local government work report.

Such efforts have become a new driver of economic growth for the province. With a gross domestic product of 3.64 trillion yuan last year, Hunan was ranked as one of the Top 10 regions in terms of GDP.

Major machinery equipment makers headquartered in the province also reported strong revenue growth. Sany Heavy Industry predicted its net profit attributable to shareholders in the first half could reach between 6.5 billion yuan and 7 billion yuan, which would be an increase of 92 percent to 107 percent year-on-year.

Products such as excavators, concrete mixers and cranes posted rapid sales growth while its profitability increased significantly in the first half of this year, the company said.

Zoomlion Heavy Industry Science and Technology Co Ltd, another leading machinery giant based in Changsha, estimated its net profit attributable to shareholders would reach a maximum of 2.7 billion yuan in the first half, up 212 percent year-on-year.

Du also noted at the news conference that the province will continue its further opening-up to promote innovative and high-quality economic development.

"Hunan is rising faster to a commanding height in the opening-up of the inland areas of China and we have vigorously implemented five major initiatives to promote opening-up," Du said.

By now, a total of 172 Fortune Global 500 companies have made investments in the province, he added.