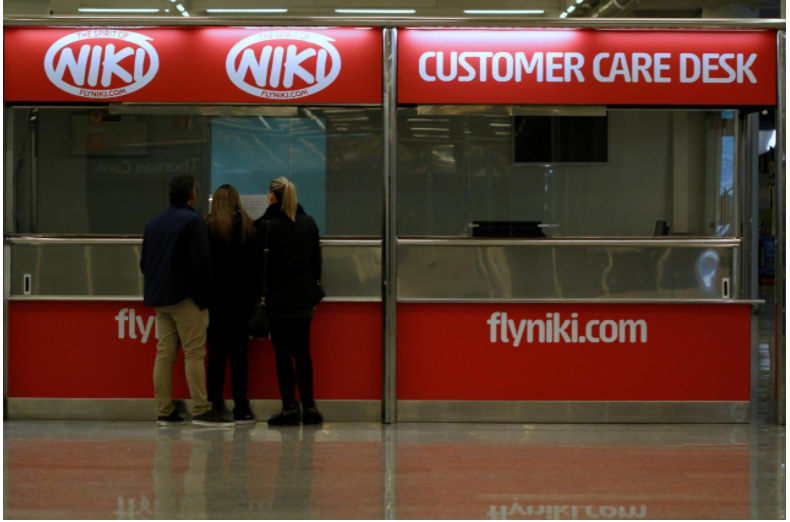 IAG, the owner of British Airways and low-cost carrier Vueling, is one of the four bidders selected for the final stages of talks over the assets of insolvent Austrian airline Niki, three people familiar said.

IAG had made an offer for Niki as a whole and was the frontrunner in talks for the carrier, the three sources told Reuters. If no deal is struck with IAG, it is possible that Niki will be carved up among several buyers.

Niki was part of collapsed Air Berlin. It filed for insolvency last week after Germany’s Lufthansa backed out of a deal to buy its assets on competition concerns, grounding the fleet and stranding thousands of passengers.

The administrators have been racing to find an alternative buyer for its assets before it loses its takeoff and landing slots, its most attractive asset.

Six parties submitted offers by a Thursday deadline, five of which were binding, Niki administrator Lucas Floether said in a statement on Friday, without providing details.

“The bidders are very interested, and I am confident that it will be possible to save large parts of the business and many jobs in Austria and Germany,” he said.

A German newspaper had also named Tuifly, the airline of tour operator TUI, as one of the bidders for Niki, and Swiss carrier PrivatAir had expressed interest.

All of the bidders picked for further talks have indicated that they are prepared to provide Niki with funding to keep it going as soon as a deal is agreed, Floether said.

The head of Niki’s works council, Stefan Tankovits, said that December salaries would be paid to the airline’s staff.

If Niki’s administrators fail to seal a deal for Niki’s assets by the end of December, the carrier may lose its operating licence and its runway slots, but Floether said on Friday that Austrian regulators may give the parties a few extra days if an agreement is struck by the end of next week.