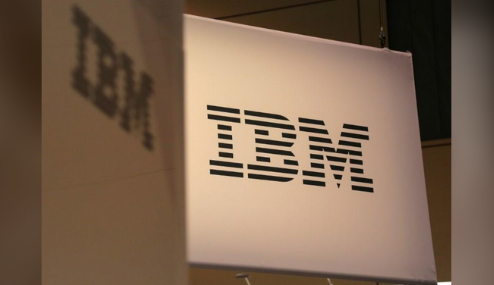 The logo for IBM is seen at the SIBOS banking and financial conference in Toronto, Ontario, Canada October 19, 2017. REUTERS/Chris Helgren

McIntyre, who “abruptly resigned to compete against IBM,” was in possession of highly confidential and sensitive information about IBM’s diversity strategies, hiring targets, technologies and innovations, IBM said in the lawsuit filed in a New York federal court on Monday.

In her motion filed on Tuesday opposing the lawsuit, McIntyre said IBM cannot demonstrate irreparable harm because there is no evidence that she has or will misappropriate any IBM confidential or proprietary information, and that the company was fully protected by an ongoing non-disclosure agreement.

McIntyre also said she had informed IBM in January about accepting the position at Microsoft and that IBM terminated her employment thereafter.

IBM said McIntyre using and disclosing, whether intentionally or not, its confidential and sensitive information would place the company at a competitive disadvantage.

McIntyre was human resources VP and chief diversity office at IBM, according to her LinkedIn profile.

IBM said it sought to enforce McIntyre’s non-competition agreement for the 12-month period and recover from her the equity compensation she has forfeited by “violating her contractual duties” to IBM.

“We have no interest in any of IBM’s confidential information,” a Microsoft spokesperson said.