The Lingang area of Shanghai will step up efforts to develop industry clusters, focusing specifically on integrated circuits (IC), according to a plan announced by the central government on Aug 6. 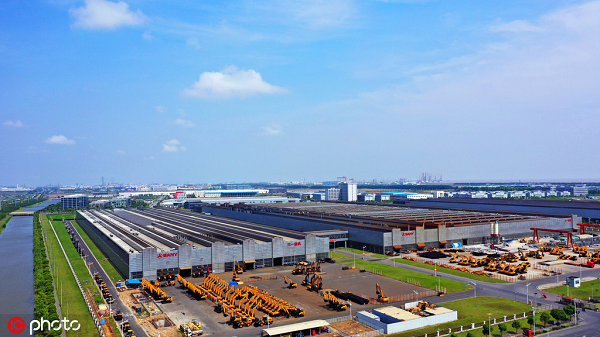 Chen Yin, executive vice mayor of Shanghai, said that Lingang is the birthplace of a number of the world's greatest technologies and products, including the 12-inch single crystal silicon rod developed by Shanghai Xinsheng Semiconductor Technology Co, the first of its kind in China.

Founded in 2014 in Lingang area, Shanghai Xinsheng Semiconductor Technology Co has developed at a rapid pace over the years and established a production base for silicon wafers, which are widely used in the manufacturing of IC chips.

Shen Fei, founder and CEO of Beijing-based Starblaze Technology, said Lingang is the company's best place for its Shanghai research and development center, as it is home to not only IC companies, but also emerging industries and projects in artificial intelligence (AI) and intelligent city construction.

He believes that the area is also a magnet for talents, largely due to its quality educational resources.

To date, Lingang has gathered over 40 IC enterprises.