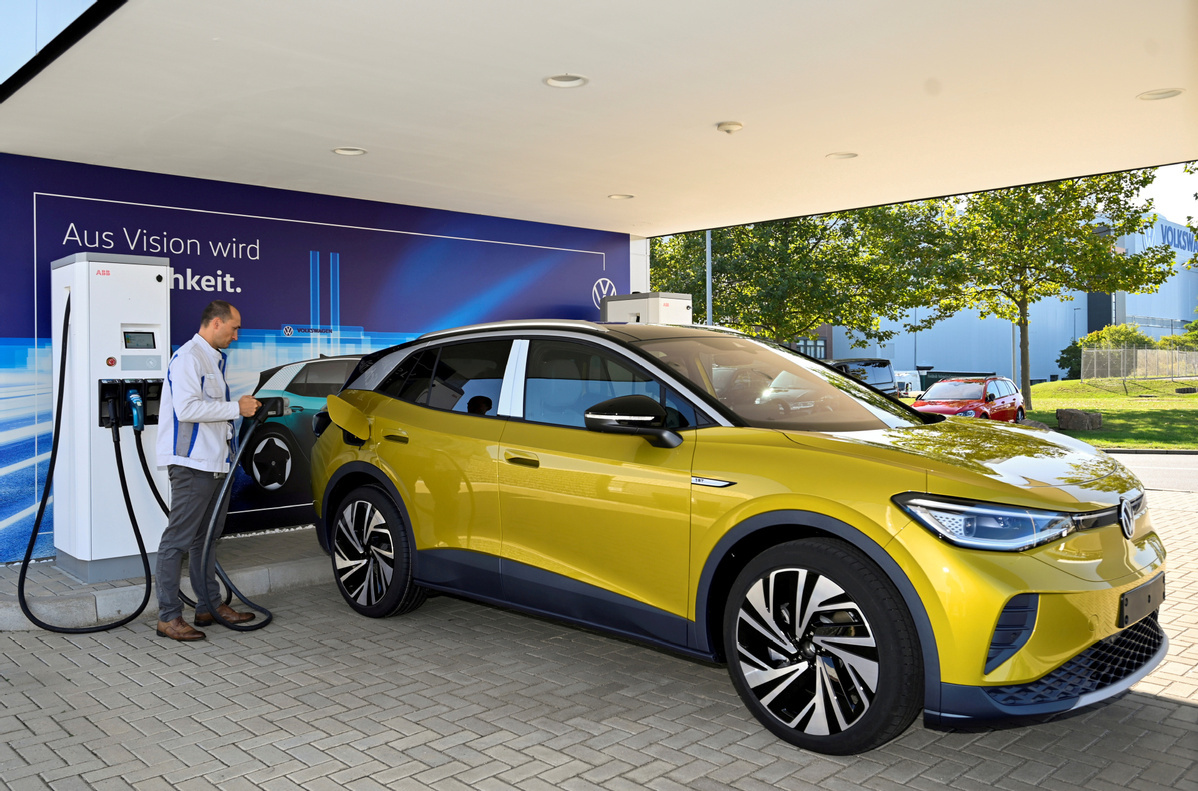 Traditional carmakers that are rolling out electric cars to take on auto industry startups are exploring new ways of selling vehicles.

"Tesla and the like have been selling vehicles at fixed prices from the very start, so electric car buyers assume that the deals don't involve bargaining," said Yang Siyao, a senior executive at SAIC Volkswagen.

To qualify for the competition to win customers, the joint venture decided to introduce the direct sales mode, when it launched the first model built on Volkswagen's allelectric platform earlier this year in China.

Yang said its car buyers receive fixed prices and can place the orders online. The dealers are still there, but instead of selling vehicles, they make money by arranging test drives and vehicle delivery services.

This marks a departure from the way vehicles had been sold until very recently. Traditionally, global automakers such as Volkswagen and Toyota set an official retail price for their vehicles, which are first sold to dealers who, in turn, sell them to car buyers.

For carmakers, their job is done when the cars are shipped to dealers. The dealers maintain an inventory of vehicles and they can choose to offer discounts or charge premium prices depending on demand to maximize their profits.

Vying for customers may even result in cannibalistic practices. Dealers selling the same brand of vehicles would bring discounts and sales promotions into play.

This entices potential customers to visit several dealers to figure out the best possible deal and also bargain for the lowest price.

A survey by Accenture showed 81 percent of customers do not like price negotiations.

Even seasoned bargain-hunters sometimes find it time- and energy-consuming, which could delay sales as consumers may wait endlessly for better deals, necessitating multiple visits to dealers.

Inter-dealership rivalries and dealer-buyer mind-games do not help sales and may even harm a brand's image and value－a longtime worry for carmakers.

To some extent, traditional carmakers are thankful to electric car startups for the change they have brought to the way of selling vehicles.

Yang said unhealthy competition among dealers has been a longstanding problem.

"That's why we have adopted a new sales mode for electric cars, which is good for the buyer, the dealer and the carmaker," he said.

In the new mode, dealers don't have to spend on inventory, and without the financial burden, which is usually pretty heavy, they can focus on sales and after-sales service and earn the commission for the same.

Around a quarter of SAIC Volkswagen's 1,000 dealers in China have taken on the new role. Yang said if the new sales mode proves to be successful, the company may extend it to even gasoline cars.

Volkswagen is not the only traditional carmaker that is switching to sales at fixed prices. US carmaker Ford introduced the same mode when it launched its Mach-E, its heavyweight electric car under the Mustang marque, in April.

Car dealers are indicating that the traditional mode of sales needs to change as well, according to Florian-Frederik Deutgen, director of automotive, strategy and consulting at Accenture Greater China.

On average, margins on new car sales are very low due to heavy discounts, and crisis situations like COVID-19 can result in a strong negative impact on their returns.

But in a direct sales mode, dealers turn into agents so they take off financial risk and impact from them and also have more time to focus on what really matters－engaging with customers, he said.

"So I believe we are witnessing the start of a major transformation in automotive retail in China for the traditional dealer model," said Deutgen.

He said the change will require investment both from carmakers and dealers, and especially a strong shift in the mindset.