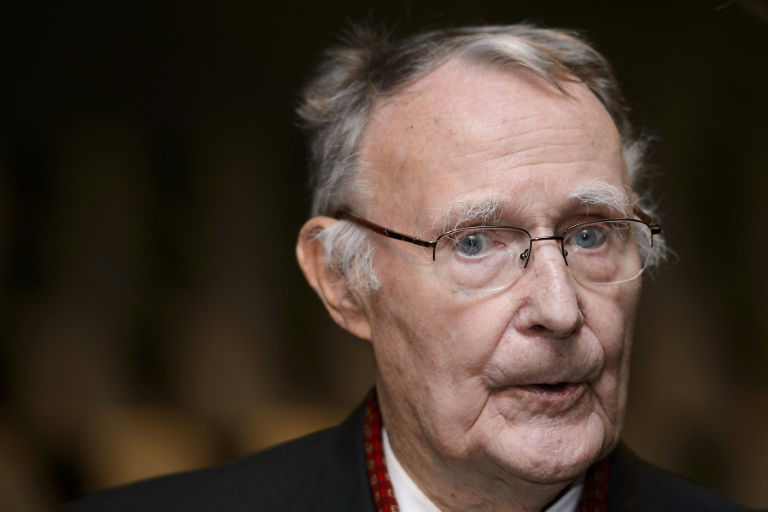 Kamprad "passed away peacefully surrounded by his loved ones" at his home in the southern Swedish region of Smaland on Saturday "following a brief illness", Ikea said in a statement.

"Ingvar Kamprad was a unique entrepeneur who has meant a lot for Swedish business and who has made home furnishing available for many people, not just the few," Swedish Prime Minister Stefan Lofven told TT news agency.

Born in 1926 to a farming family in Smaland, Kamprad, whose 2017 fortune was estimated at 37.3 billion euros ($46 billion) according to the Swiss economic magazine Bilan, founded the company at the age of 17.

"He came from nowhere, but with help from his inner force, his ability and his will, he created something I think everyone is proud of when seeing Ikea out in the world," Swedish banker and industrialist Jacob Wallenberg told financial daily Dagens Industri.

Kamprad's success has been marked by controversy.

In 1973 he fled Sweden's higher tax structure for Denmark before seeking even lower taxes in Switzerland.

Kamprad announced in 2013 that he would be stepping down from the board of Inter Ikea, owner of the furniture giant's concept and brand, and his youngest son became chairman. The Ikea founder returned to Sweden the following year.

The European Commission announced last year that it had launched an investigation into Ikea's tax deals in the Netherlands.

The Consortium of Investigative Journalists in 2014 cited leaked tax files from Luxembourg when it identified Ikea as one of the giant multinationals fingered for corporate tax avoidance by shuffling money to tax havens.

The group insists that it complies fully with national and international tax regulations.

Kamprad's legacy of creating affordable furniture has earned him admiration among consumers around the world.

"Good design became democratic through his ability," Steven Coetzee, a 45-year-old tourist from South Africa, told AFP.  "Everyone who would like to have something...designed nicely could afford to have it from Ikea."

Kamprad faced harsh criticism in the past for his ties to the Nazi youth movement during World War II.

Sweden was neutral in World War II, and its Nazi party remained active after 1945.

But Kamprad said he stopped attending its meetings in 1948, later attributing the period to the "folly of youth", calling it "the greatest mistake of my life".

The story of Ikea -- acronym for Ingvar Kamprad, Elmtaryd and Agunnaryd (the name of his farm and municipality of origin) -- began in 1943. 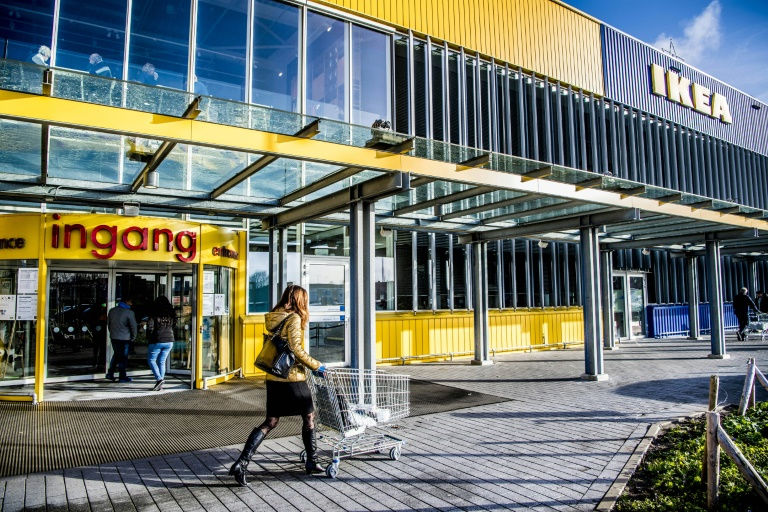 Backed with modest financial support from his father, Kamprad began selling pens, picture frames, typewriters and other goods, delivering orders on his bicycle. His early success arose from squeezing his prices to undercut more established competitors.

In 1947 the young Kamprad started selling furniture made by local artisans, and four years later he began putting out the first of his mail order catalogues -- which now have an annual print run of 200 million copies in 33 languages.

Ikea's revolutionary self-assembly model -- which would cut transport and storage costs -- was conceived in 1956 after an employee suggested table legs be removed so the package would fit into a car.

From 1970, Ikea conquered major markets in Europe, North America, Asia and the Middle East, thriving on the spending power of the emerging middle class in countries like post-Cold War Russia.

The Ikea group now has 403 stores across every continent, employs 190,000 people worldwide and generates annual sales of 38 billion euros ($47 billion).

But Kamprad lived modestly, buying his clothes at thrift shops, driving an ageing Volvo, and bringing a lunch box to work.

"If you look at me, I think I do not wear anything that was not bought at a flea market, I want to set a good example," the industrialist told Swedish broadcaster TV4 in 2016.

In 2013, he was forced to hand over billions of dollars to his sons following a bitter family feud over intellectual property income that he kept for himself, according to a book on Ikea.