BUSINESS Ikea to move its only US factory to Europe: report

Ikea to move its only US factory to Europe: report

WASHINGTON, July 16 (Xinhua) -- Swedish furniture company Ikea will close its only manufacturing site in the United States in December and move it to Europe to reduce costs, US media reported Tuesday. 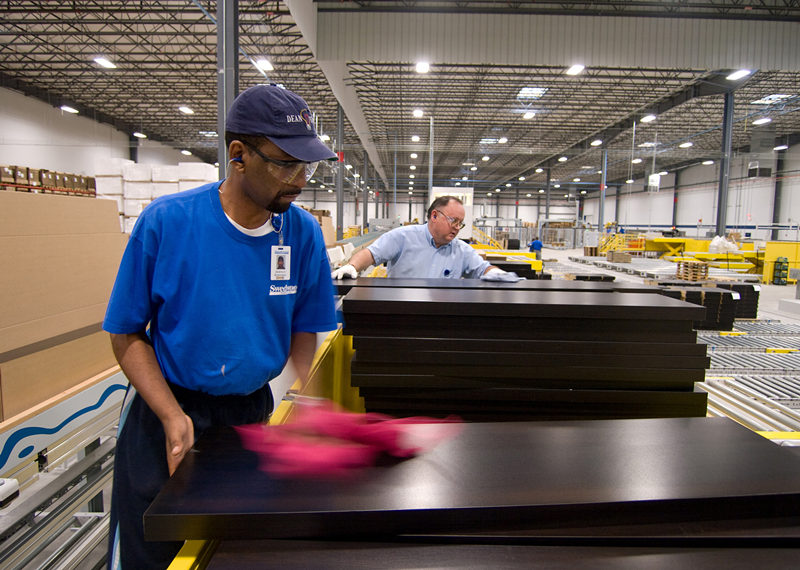 According to CNN, Ikea will end production at its plant in Danville, Virginia. The facility opened in 2008 and produces wooden shelves and storage units, and the shutdown will cut about 300 jobs.

"We made every effort to improve and maintain the competitiveness of this plant, but unfortunately the right cost conditions are not in place to continue production in Danville, Va., for the long-term," plant manager Bert Eades was quoted as saying in a statement.

The company cited the high material cost there as a significant factor leading to the location shift.

Tim Kaine, US senator from Virginia, toured the Danville site in April 2018, when he tweeted that workers there were worried about the impact of additional tariffs the US administration levied on some imports.

"They're ok for now, but because they import a lot of raw materials, they're concerned about what's to come," he said. "We have to stop this rash policy before it hurts even more US businesses and workers."

"Ikea said Tuesday the decision to close the plant was not related to tariffs," CNN said in its report. "It said that particle board used at the Danville plant is purchased from US suppliers."

Ikea runs production facilities in nine countries and employs some 20,000 workers, according to CNN. Globally, the company hires roughly 200,000 people.

Ikea said last year it would lay off 7,500 employees in a restructuring effort that it said would eventually create 11,500 jobs.