JAKARTA, Oct. 11 (Xinhua) -- International Monetary Fund (IMF) Managing Director Christine Lagarde on Thursday cautioned that the ongoing trade wars could be detrimental to global economic growth and cause spillovers into other nations. 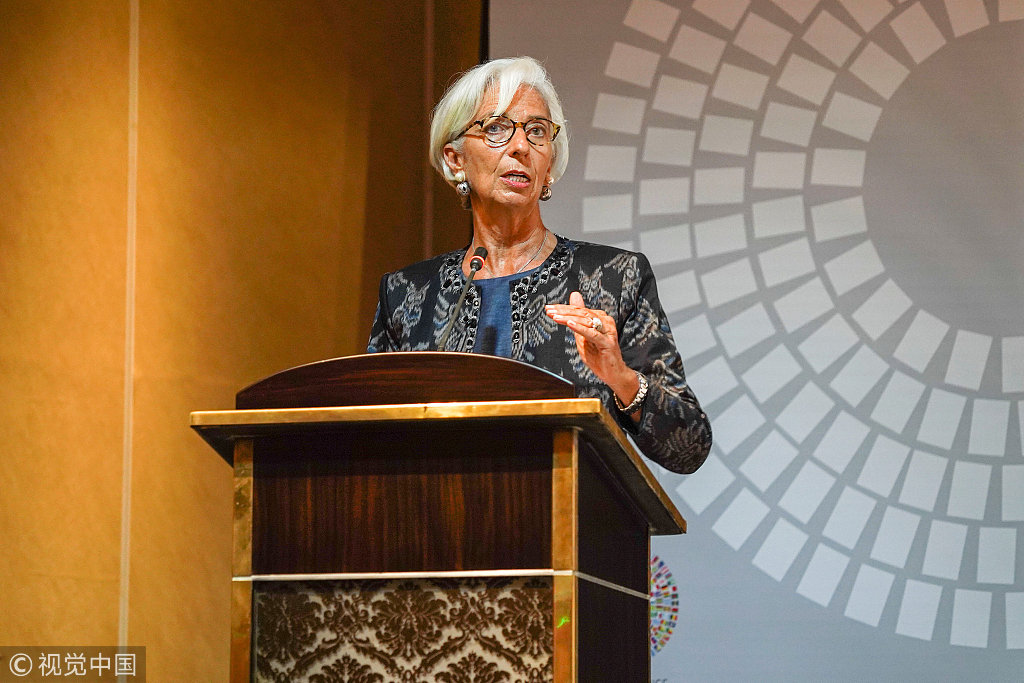 Speaking at the annual meeting of the IMF and the world bank in Bali of Indonesia, Lagarde said that the international body strongly suggests nations to de-escalate the trade tensions and work toward a global trade system that is stronger, fairer and fit for purpose and future.

The call came amid imposition of high tariffs by the United States on some major economies of the world.

"If these tensions were to escalate, the global economy would take a significant hit," Lagarde said in her speech.

The IMF chief said the resurgent global economy is not strong enough as the IMF cut 0.2 percentage point forecast on the global growth to 3.7 percent from the initial estimate in July, adding that the growth has spread more unevenly among nations.

Lagarde pointed out that possible further risks of capital outflows and economic instability in emerging economies may occur amid high public and private debts.

"With global and public private debt at an all-time high, any slight change in the wind could provoke outflows and economic instability in emerging markets as we see in some of those markets," she said.