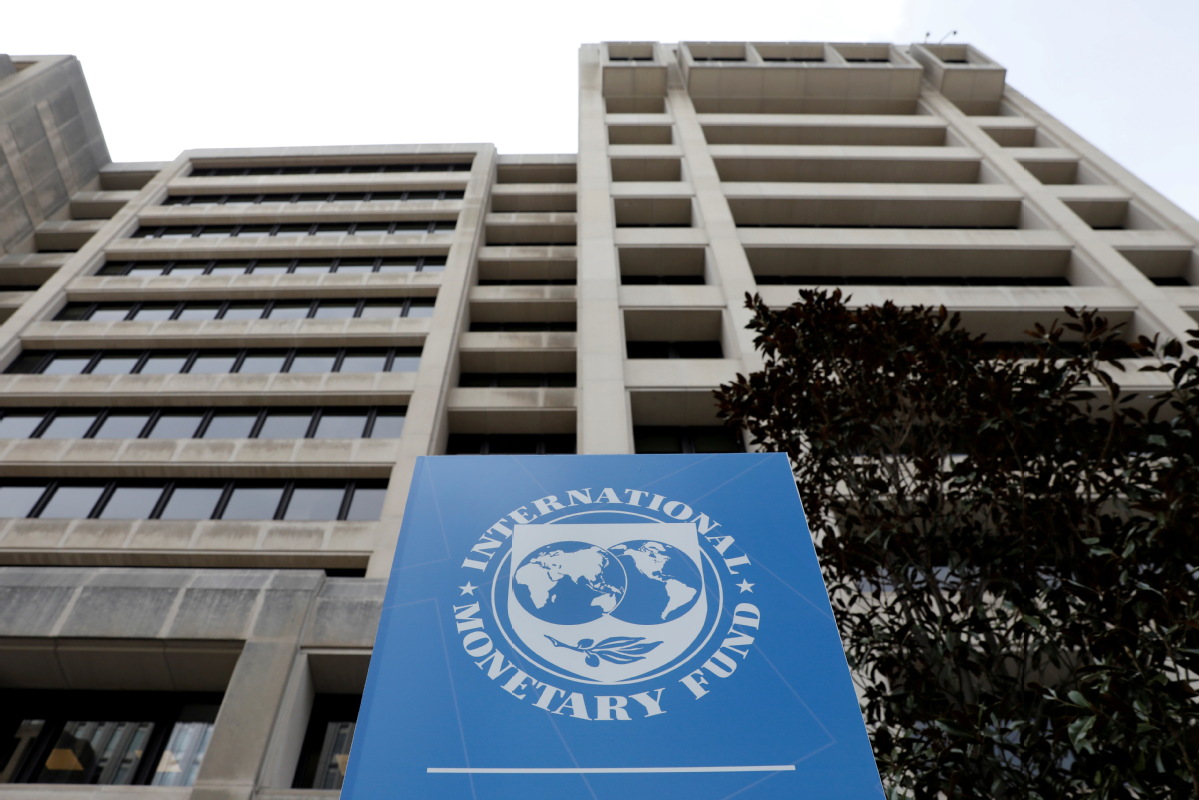 The International Monetary Fund has projected the world economy will grow at 5.9 percent this year, while China's growth will moderate to 8 percent, both 0.1 percentage point lower than the IMF's July estimates, as global recovery continues amid increasing uncertainty from the pandemic.

"The downward revision for 2021 reflects a downgrade for advanced economies — in part due to supply disruptions — and for low-income developing countries, largely due to worsening pandemic dynamics," the IMF said in its quarterly World Economic Outlook released on Tuesday.

The IMF said China's prospects for 2021 were marked down slightly due to a stronger-than-anticipated scaling back of public investment; the country's growth in 2022 is estimated at 5.6 percent, which is also 0.1 percentage point down from the IMF's July forecast.

Looking beyond this year, the IMF predicted the global economy to grow at 4.9 percent in 2022, unchanged from the July forecast, but there exists a "dangerous divergence" in prospects across countries, according to Gopinath, also director of the IMF's Research Department.

The foremost policy priority is therefore to vaccinate at least 40 percent of the population in every country by the end of 2021, and 70 percent by mid-2022, she wrote.

In the latest World Economic Outlook, the IMF said there is an urgent need for vaccine donations by countries with large shares of their population already vaccinated, and it estimated that at least 1 billion doses could be shared by the end of 2021 without jeopardizing national vaccination targets.

"Recent pledges by China, the Group of Seven, and other countries in that direction are welcome steps, though donations should be accelerated to rapidly fulfill the commitments," it said.

China will strive to provide a total of 2 billion doses of vaccines to the world by the end of this year, Chinese President Xi Jinping said in his statement delivered via video at the general debate of the 76th session of the United Nations General Assembly on Sept 21.

In addition to more COVID-19 variants and pandemic-induced supply-demand mismatches, the intensification of trade and technology tensions is also one of the major risk factors that contribute to the uncertainty in the global recovery, according to the IMF.

"An escalation of trade and technology tensions, notably between the United States and China, could weigh on investment and productivity growth, raising additional roadblocks in the recovery path," it noted.

The IMF's October World Economic Outlook presents a special section to discuss how a reverse in scientific integration of major economies, such as the United States and China, might affect global growth.

It uses an empirical framework to model scientific decoupling, implemented as a reduction in the citation intensity between the two countries. That reduces the foreign stock of basic research available to each country, which in turn decreases innovation and productivity, according to the IMF.

"As a purely illustrative example, full decoupling, as modeled by citations between the two countries shrinking to zero, is estimated to reduce global patent flows by 4.4 percent and global productivity by 0.8 percent," the IMF concluded.