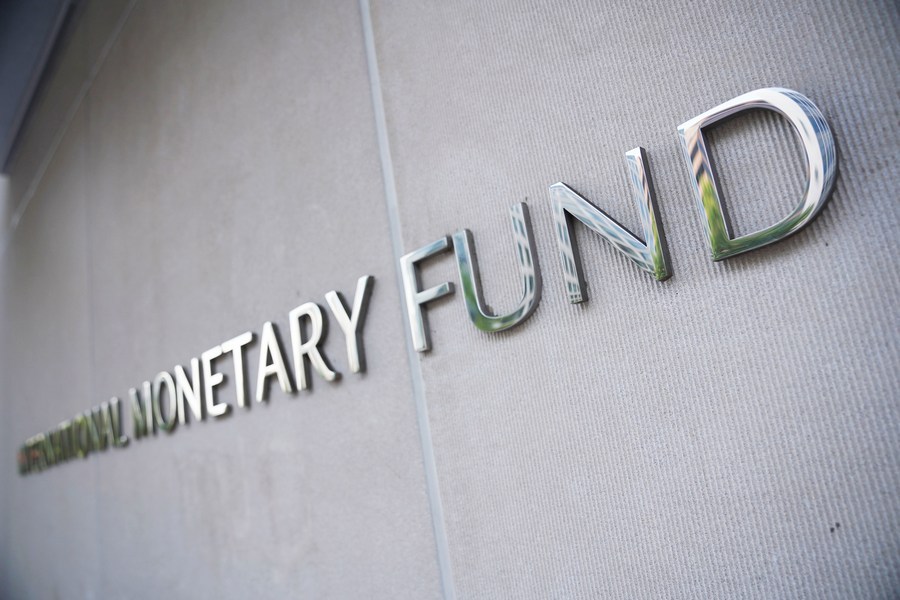 Photo taken on Aug. 9, 2019 shows a view of the headquarters of the International Monetary Fund (IMF) in Washington D.C., the United States. (Photo: Xinhua)

The International Monetary Fund (IMF) has said it is expected to deploy emergency financing for 70 countries by Friday as the COVID-19 pandemic continues to ripple across the globe.

IMF spokesperson Gerry Rice said at a virtual press briefing Thursday that "tomorrow we expect that number to be 70, so 70 countries supported by the IMF with emergency financing roughly about 25 billion dollars."

"This emergency financing is very fast-disbursing, countries receive the money within days, it does not carry traditional IMF conditionality," Rice told reporters. "It is money to be spent on paying for things like nurses' and doctors' salaries, and equipment, and medical equipment to deal with the crisis."

And in Sub-Saharan Africa, 28 countries have received emergency financing totaling almost 10 billion dollars, Rice said, noting that the figure is much higher than the IMF's average yearly lending of 1 billion dollars to the region.

Over 100 countries have asked the IMF for emergency financing amid the pandemic, and the multilateral lender said earlier this year that it had doubled access to its emergency facilities to meet the expected demand.

In mid-April, the IMF projected in its World Economic Outlook that the global economy was on track to contract by 3 percent in 2020 as a result of the pandemic, calling it the "worst recession" since the Great Depression in the 1930s.

IMF Managing Director Kristalina Georgieva said in May that the multilateral lender would "very likely" further cut global growth forecasts, as incoming data from many countries was worse than the IMF's "already pessimistic projections." The updated forecasts will be released next week.