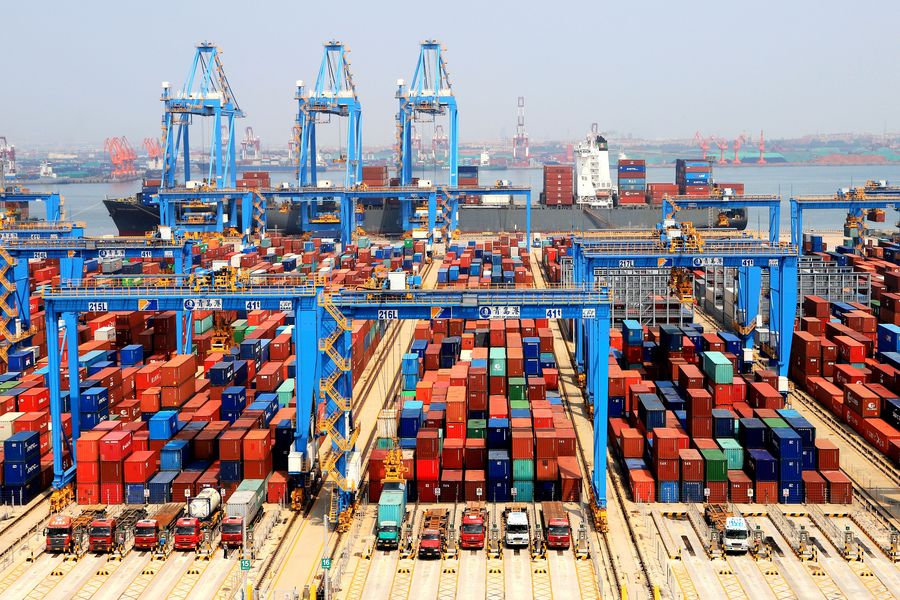 The global economic outlook might not be as bad as previously feared, with China's optimized COVID-19 measures expected to boost growth, said the IMF chief on Friday.

Speaking during a closing panel at the World Economic Forum in Davos, IMF Managing Director Kristalina Georgieva said the world's economic prospect is not as bad as a couple of months ago, but "less bad does not quite yet mean good".

With China optimizing COVID-19 measures, Georgieva said the IMF forecast the country's growth to be at 4.4 percent compared to the 2.7 percent global average in 2023.

"What has also changed in the positive is that we have seen the strength of the labor market, translating into consumers' spending and keeping the economy up," she said. "But we should be cautious."

"So we have to be thinking of possibly unemployment going up at a time when fiscal space in governments is very tight, there isn't that much they can do to help people. And yet they would be pressed to do it."

According to the World Bank's latest Global Economic Prospects report, global growth is slowing sharply in the face of elevated inflation, higher interest rates, reduced investment and disruptions caused by the Russia-Ukraine conflict.

In its January forecast, the World Bank projected the global economy to grow by 1.7 percent in 2023 and 2.7 percent in 2024. The sharp downturn in growth is expected to be widespread, with forecasts in 2023 revised down for 95 percent of advanced economies and nearly 70 percent of emerging market and developing economies.

"If we look at medium-term growth prospects, how we handle security of the supply chains would mean tremendously on our future prospect of growth," she said.

She added if the diversification is done "rationally", it would only cost 0.2 percent of global GDP. But if"we trash the trade that has been an engine for growth for so many years, the cost can go up to 7 percent of GDP - $7 trillion".