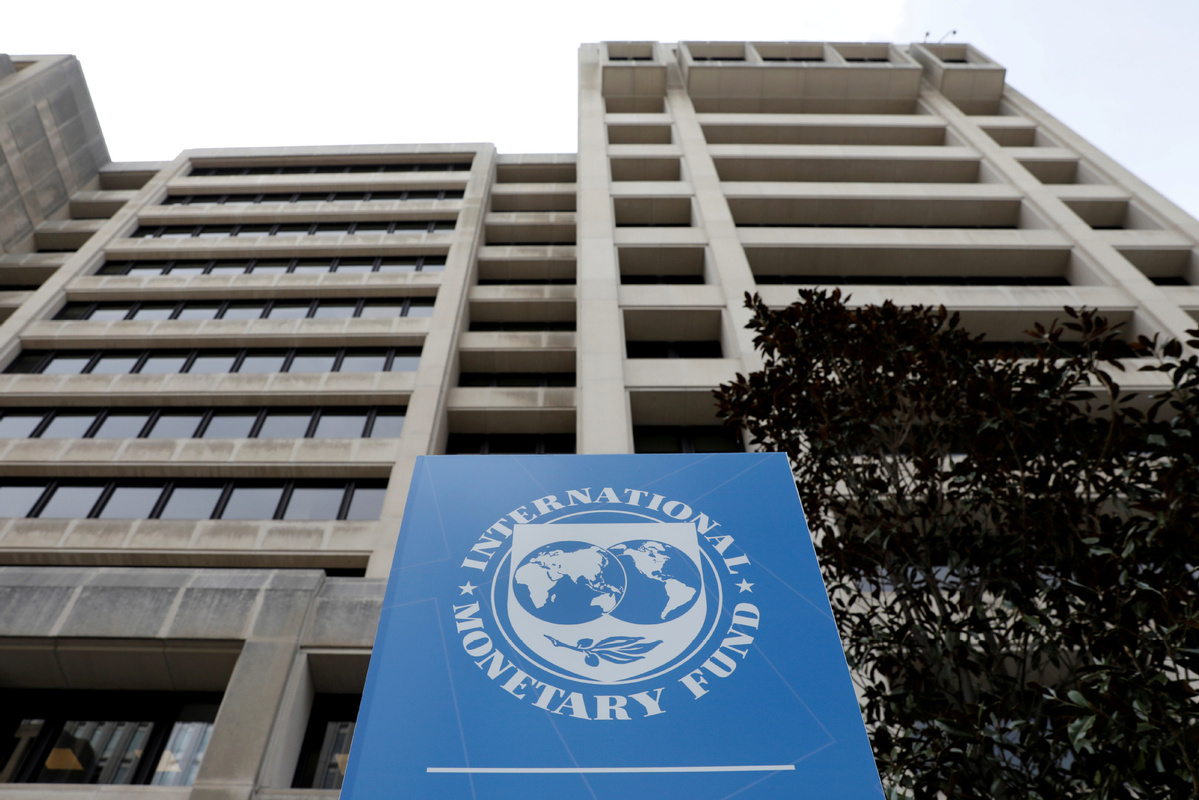 The global economy is projected to experience a deeper recession amid rising uncertainties, such as the recent trade tension between the United States and the European Union, while China's rebound is expected to be strong thanks to the country's supportive policies, economists said.

The International Monetary Fund forecast on Wednesday that the global economy will contract 4.9 percent this year from a year earlier, a downgrade by 1.9 percentage points from its outlook in April, citing "worse than anticipated outcomes" so far amid the novel coronavirus outbreak.

"These projections imply a cumulative loss to the global economy over two years (2020-21) of over $12 trillion from this crisis," said Gita Gopinath, the IMF chief economist. The global economy will witness a partial recovery, with growth of 5.4 percent in 2021, the fund predicted.

The US economy would contract by 8 percent and the eurozone by 10.2 percent, according to the IMF forecast.

The projected contractions, together with the still serious pandemic situation in the US and some other major economies and the emerging trade row between the US and the EU, have dampened investor sentiment and led to stock market slumps in both the US and Europe.

Washington is weighing new tariffs on $3.1 billion of exports from France, Germany, Spain and the United Kingdom, according to a notice published by the US Trade Representative on Tuesday.

The notice said that the US wants to impose new tariffs on European exports like olives, beer, gin and trucks, while increasing duties on products including aircraft, cheese and yogurt.

Financial market sentiment turned more negative as the US escalated its trade tensions with Europe. The Dow Jones Index shed 2.72 percent on Wednesday, or 710.16 points, and the S&P 500 Index declined 2.6 percent after the tariff news, hitting its lowest level in more than a week and marking its steepest drop in almost two weeks. The FTSE 100 in the UK plunged 3.11 percent on the same day.

"Global cooperation is ever so important to deal with a truly global crisis," said Gopinath, who warned that geopolitical and trade tensions could damage fragile global relationships at a time when trade is projected to collapse by around 12 percent.

"All efforts should be made to resolve trade and technology tensions, while improving the multilateral rules-based trading system," the IMF chief economist added.

The recent trade moves by the US government have added to existing tensions, exacerbated by the COVID-19-related economic slowdown, which makes the economic and geopolitical environment highly uncertain for businesses in many countries. Asian countries are particularly vulnerable to changes in geopolitical dynamics, especially if the Sino-US trade relationship deteriorates, it said.

The global recovery beginning in the second half "will depend on whether governments can reopen their economies while also safeguarding public health". A rebound in demand will determine the ability of businesses and labor markets to recover from the shock, said Moody's.

For China, some economic indicators, such as industrial production and manufacturing activities, have pointed to a steady recovery of the country's economy, especially in April and May. However, uncertainties remain since employment and disposable incomes are holding down consumer demand, said economists.

The IMF predicted that China's economy, which contracted by 6.8 percent in the first quarter, may expand at 1 percent this year, and its growth may accelerate to 8.2 percent next year, supported in part by policy stimulus.

Given the faster-than-expected recovery in industrial value added, investment and consumption, together with the resilience and agility of the export sector as shown in the May trade data, Oxford Economics, a British think thank, raised its forecast for China's economic growth to 2 percent for this year, said Tommy Wu, a senior economist with the institution.

Concerns over the possibility of a second wave of COVID-19 infections and a return to travel and production restriction measures in some areas to contain the virus will probably hit still fragile consumer sentiment and hinder the recovery of household consumption, Wu added.

"China's economy will steadily regain momentum over the next few quarters, ending 2021 around 6.7 percent, above the level in the fourth quarter of 2019," said Madhavi Bokil, an analyst with the Moody's Investors Service. "This year, we forecast that China will be the only G20 country to post (positive) growth."

"Fiscal stimulus is supporting China's economy through a mix of business and household tax changes and infrastructure spending. While the extent to which private businesses and consumers will respond to tax cuts is unclear, we expect the effects of additional infrastructure support to become apparent in 2021," said Bokil.