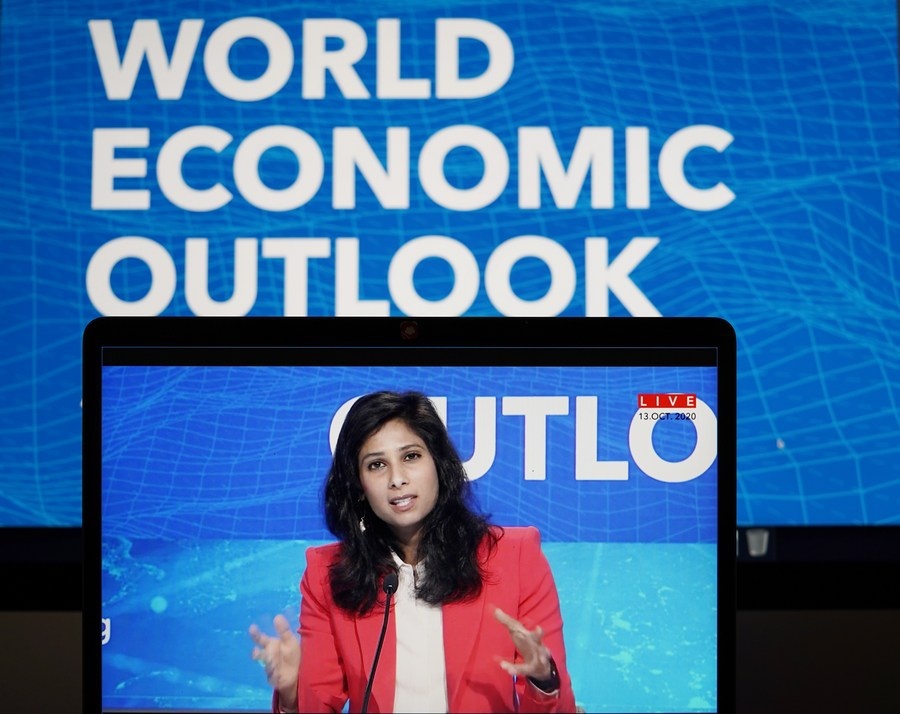 The International Monetary Fund (IMF) on Tuesday warned that financial vulnerabilities have continued to rise since the COVID-19 pandemic's outbreak, which could create headwinds to the uneven global economic recovery.

"Since the COVID-19 outbreak, vulnerabilities have continued to rise. Triggers such as new virus outbreaks, policy missteps, or other shocks could interact with preexisting vulnerabilities and tip the economy into a more adverse scenario," the IMF said in its newly-released Global Financial Stability Report.

"In such a scenario, more widespread bankruptcies could lead to a repricing of credit risk, tightening of bank lending standards, and a renewed sharp tightening of financial conditions," the report said, noting the pandemic could be a major resilience test for the global financial system.

The IMF's analysis shows that some banking systems may suffer "significant capital shortfalls" in an adverse macroeconomic scenario, Tobias Adrian, financial counselor and director of the IMF's Monetary and Capital Markets Department, said Tuesday at a virtual press conference during the annual meetings of the World Bank Group and the IMF.

"A large number of firms and households will not be able to repay their loans, even after accounting for the currently deployed policy measures, and their profitability will falter," Adrian said, adding the increased links between corporates, banks, and non-bank financial institutions imply that, at some point, fragilities could spread through the entire financial system.

"Many firms already had very high levels of debt before the crisis, and now indebtedness in some sectors is reaching new highs. This means that solvency risks may have shifted into the future," he said.

Looking ahead, policymakers should carefully sequence their response to build a safe bridge to recovery, said the IMF official, adding monetary policy should remain accommodative to sustain the recovery as economies reopen.

"A robust framework for debt restructuring will be critical to reduce debt overhangs and to resolve non-viable firms. An extension of multilateral support to low-income countries that face financing difficulties will be important," he said.

The IMF projected the global economy to contract by 4.4 percent in 2020, 0.8 percentage point above the June forecast, according to its latest World Economic Outlook (WEO) report released earlier Tuesday.

"This upgrade owes to somewhat less dire outcomes in the second quarter, as well as signs of a stronger recovery in the third quarter, offset partly by downgrades in some emerging and developing economies," said IMF chief economist Gita Gopinath.

The ascent out of this calamity, however, is likely to be "long, uneven, and highly uncertain," Gopinath said. "It is essential that fiscal and monetary policy support are not prematurely withdrawn, as best possible."