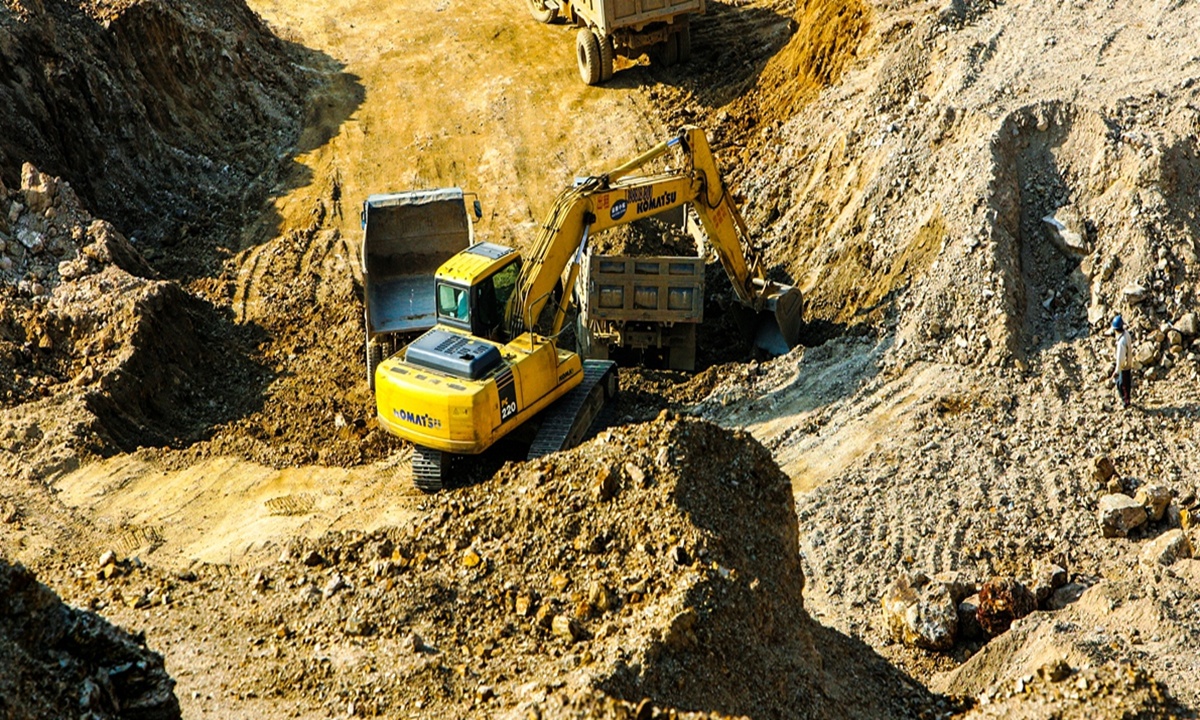 A reported US potential move to impose tariffs on rare-earth magnets from China would only have a limited impact on the latter, as US manufacturers of smartphones, vehicles, TVs, industrial robots and other products have no other choice. China supplies over 85 percent of the global market and dominates some complicated technologies for making rare-earth magnets, industry insiders said.

"It may produce some impact, but we are able to digest and manage it, as domestic demand is rising. Also, China has a global market share of about 85 percent, so a possible tariff hike on Chinese rare-earth magnets won't prompt an immediate shift in the trade pattern," a manager of a large state-owned magnet producer based in Ganzhou, East China's Jiangxi Province surnamed Yang told the Global Times on Wednesday.

Rare-earth magnets are small but high value-added downstream products that are indispensable for modern electronic products. They are widely seen as a form of leverage amid the trade war between the world's two largest economies.

Japan and Germany are also significant suppliers of rare-earth magnets in the global market, producing roughly 14,000 tons and 2,000 tons annually, according to Yang. He said that those capacities are "incomparable" to China's.

China exported 36,000 tons of rare-earth magnets in 2020, customs data showed, and shipments to the US accounted for 13.7 percent of the total.

The Financial Times reported on Tuesday that the Biden administration is weighing an investigation into whether China's exports of rare-earth magnets pose a national security threat to the US "that could warrant a tariff imposition."

That is part of the measures that the US announced to boost the resilience of US supply chains, which are deemed to be overly reliant on China in some sectors and also of critical strategic importance.

The article cited a tech expert as saying that if the tariffs are high enough, it would offer a "financial incentive to build up a US domestic industry."

Several industry insiders in Ganzhou, a major production base of rare earths, appeared to be quite calm about the reported tariffs.

"I don't think any new capacity of [rare-earth magnets] would be formed in the next two years, including in the US. So maybe US factories need to get prepared in advance and adjust their sales strategies, because they're going to face a hefty cost of production," an industry insider told the Global Times on Wednesday on condition of anonymity.

Yang suggested that as rare-earth magnet prices jump, some low-end applications may opt to use other kinds of magnets.

Wu Chenhui, an independent rare-earth market observer, told the Global Times on Wednesday that the potential tariff hike could be seen as a continuance of Washington's hostile trade policy against Beijing that began during the former Trump administration.

"The tariff war failed before, and so will it this time," Wu said.

In March, China heightened regulation of rare-earth production in a new policy guideline, aiming to develop and conserve the resources to meet rising domestic demand and protect the strategic resource amid an intensifying global competition.