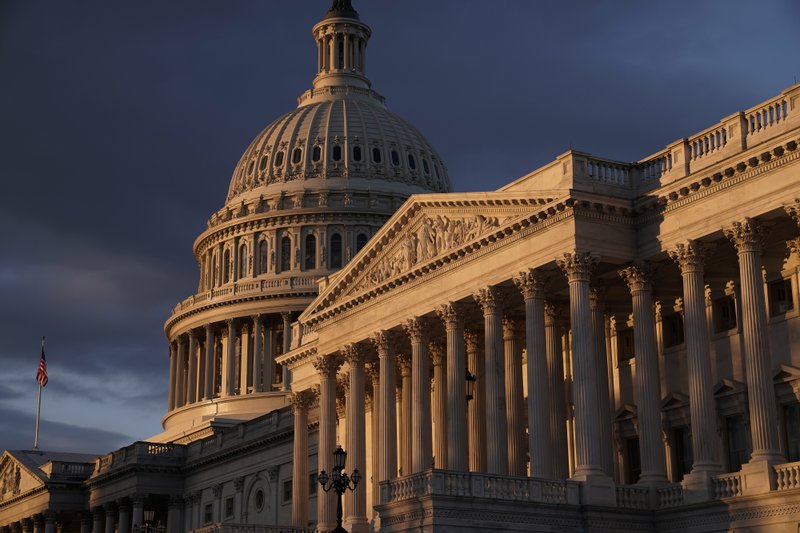 Impeachment hearings for US President Donald Trump come at the very time that Capitol Hill usually tends to its mound of unfinished business.

The politically explosive hearings and the possibility of impeachment and a trial create yet another layer of complications for senior lawmakers pressing for an agreement on $1.4 trillion worth of federal agency budgets or finalizing a rewrite of the North American trade rules.

Public hearings into Trump’s actions with Ukraine promise to generate all the attention in Washington and stoke the partisan flames inside the Capitol ever hotter.

Yet the coming weeks could still be the last, best opportunity for lawmakers to wrap up their work on the budget and the trade deal, even as stakeholders admit the timetable could easily slip amid foot-dragging and partisan flare-ups.

As the House returns from a quick break, the sole piece of must-do business before Thanksgiving is to pass a governmentwide stopgap spending bill to avert the second government shutdown within a year.

Avoiding a shutdown shouldn’t be a problem, at least for now, with the passage of a temporary, governmentwide spending bill to perhaps Dec. 20 virtually assured. Top leaders on Capitol Hill, however, are struggling with a full-year solution on the appropriations work, where progress is overdue and at least some risk of being derailed remains.

Most notably, a recurring fight over Trump’s US-Mexico border fence and immigrant detention practices is making it difficult for House Speaker Nancy Pelosi, D-Calif., and Senate Majority Leader Mitch McConnell, R-Ky., to make progress on a broader, full-year $1.4 trillion spending bill. That measure is needed to implement the terms of last summer’s hard-won budget agreement, which distributed budget increases to both the Pentagon and domestic agencies.

McConnell is personally invested in a successful budget outcome and both he and Pelosi have long histories on appropriations. A meeting on Tuesday among the bipartisan leadership of the Appropriations committees could produce an agreement on the stopgap measure — but efforts to smooth agreement on wall funding aren’t going nearly as well.

The other top issue is a legislative update to the landmark North American Free Trade Agreement, which is especially sought by Trump’s GOP allies and the party’s Main Street supporters.

Pelosi is the key figure on trade, which is always a tricky issue for Democrats, even if the politics of the new United States-Mexico-Canada Agreement are nowhere nearly as divisive as NAFTA was 26 years ago.

Neal is leading a working group on the measure and says the group is “on the 5-yard line” and the optimistic take is that he and Pelosi will bring USMCA in for an easy landing.

The trade updates are generally seen as an improvement over NAFTA, whose provisions enforcing Mexican labor and environmental rules are considered inadequate by many Democrats. The selling points for the new pact are that it updates NAFTA for the 21st century with hard-won provisions on digital trade, intellectual property, financial services, and agriculture trade.

Still, any impeachment-related delays could tax patience and thrust politically freighted issues like the border wall and the updated US trade pact directly into the heat of the presidential primary campaign.

On spending, Trump is a wild card as usual. He singlehandedly drove the 35-day partial shutdown that spanned the changeover between GOP and Democratic control of the House last winter. He has struggled to win much wall funding from Congress, where lawmakers in both parties have other designs for the money.

Trump has had more success in exploiting his transfer powers to siphon money from Pentagon anti-drug and military base construction accounts toward the wall, and construction is finally beginning on the new segments he has long promised.

Trump could easily spin a successful wall narrative without much more in new appropriations. Simply funding the government on autopilot — though hardly anyone is advocating that — would give him perhaps $6 billion more this year.

A battle over Trump’s powers to transfer military funding to wall building also has stalled an annual military policy bill that has become law for 58 years in a row.

Trump’s anger at impeachment, his poisonous relationship with Pelosi, and his unpredictability and volatility are red flags for optimists. But the forces favoring an agreement are powerful, and McConnell — a top force behind the July budget pact — appears ready to get engaged more actively.

Capitol Hill veterans say hardliners on both sides — including House progressives and White House budget chief Russell Vought — are an impediment to the kind of split-the-differences agreement that the current balance of power can produce.

And there is still time for action if the momentum stalls, even if the odds get more dicey in a presidential election year.

One of the benefits of limiting the duration of the upcoming stopgap spending bill, known as a continuing resolution or CR, is that is means another is needed before Congress adjourns for the year.

Any December stopgap measure could also provide a way to ship some unfinished business on taxes, health care and pensions to Trump’s desk as part of a must-pass package. Top lawmakers hope that a full-year spending bill would serve the same purpose but acknowledge there are considerable obstacles.

“I think it would be a terrible mistake if we were still in a continuing resolution after the first of the year for a whole host of reasons,” said top Senate Appropriations Committee Democrat Patrick Leahy of Vermont, citing shifting signals from the White House as contributing to the delays. “It has been difficult with the White House because ... they have not always been consistent in what they want.”