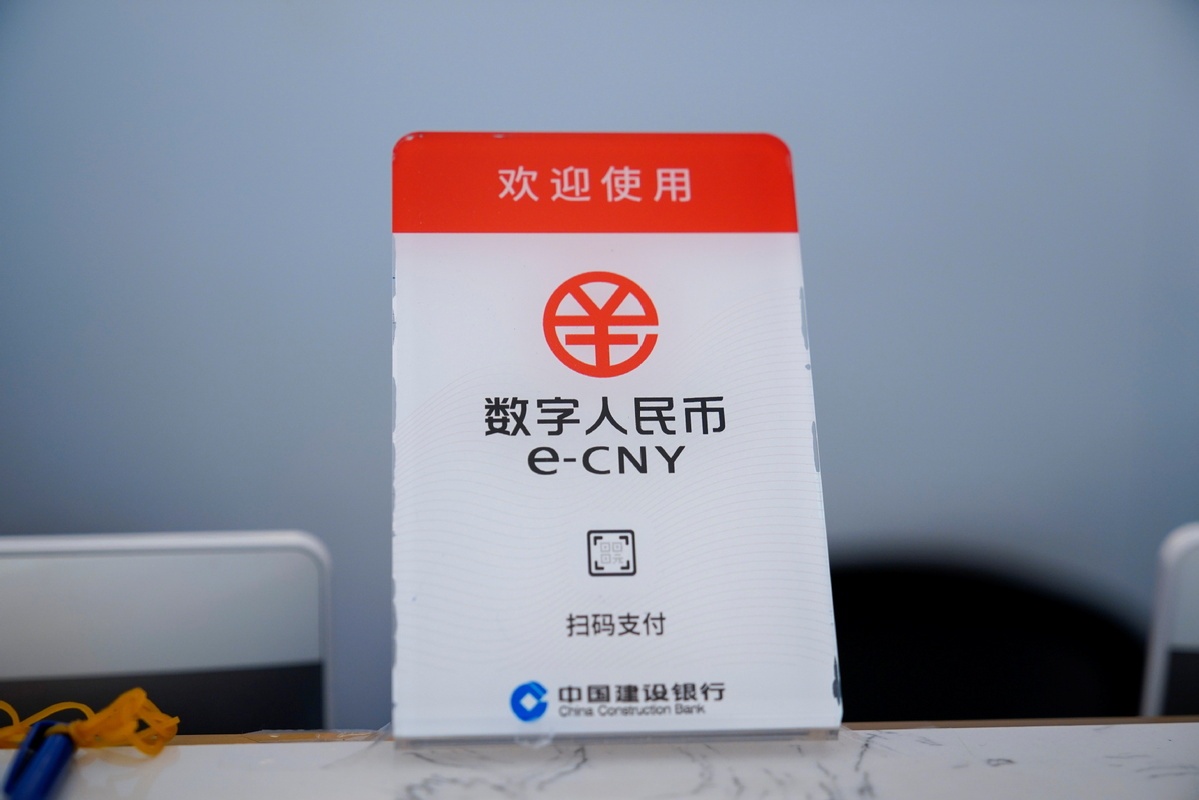 A sign indicating digital yuan, also referred to as e-CNY, is pictured at a shopping mall in Shanghai, on May 5, 2021. (Photo: Agencies)

In Beijing's Fengtai district on Wednesday, a college student paid tuition using e-CNY, or digital yuan. It was the first payment using e-currency to be made in a non-tax revenue sector in China.

Unlike WeChat or other forms of digital payments, e-CNY is official currency issued by the central government. It is not just money tied to a bank account.

Beijing has been working to provide more application scenarios for e-CNY in recent years. On June 30, it announced that people can use the digital currency on all subway lines in the city.

Beijing's Fengtai district is home to the Lize Financial Business District, where the central bank's digital currency research institute is based.

The finance bureau of Fengtai district is exploring more application scenarios for the public.

China has been promoting e-CNY applications both online and offline. Between Dec 11 and Jun 18, up to 450,000 users spent more than 100 million yuan in digital form on e-commerce giant JD, according to the company.

Li Lihui, former president of Bank of China and head of the blockchain research working group at the National Internet Finance Association of China, said in an earlier interview that application scenarios for e-CNY involve almost all fields of commerce, trade and tourism in 10 pilot cities, with millions of merchants participating across the country.