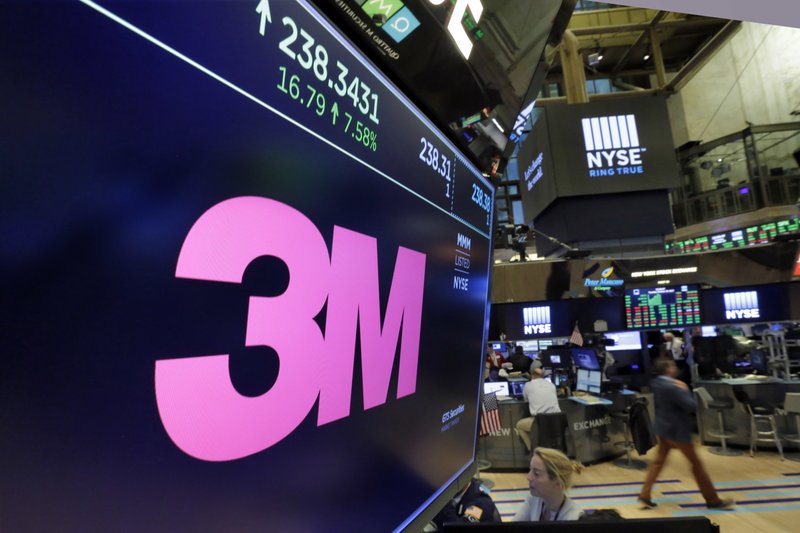 The logo for 3M appears on a screen above the trading floor of the New York Stock Exchange. (Photo: AP)

A profound slump in manufacturing and a trade war that has slowed economic growth in China has led to a second round of layoffs at 3M, the Minnesota company that, in addition to Post-it notes, makes industrial coatings and ceramics.

The latest round equates to about 1.5% of 3M’s global workforce, and CEO Michael Roman said the cuts will occur across all business groups and geographies.

“Organic growth company-wide in the fourth quarter was minus 2.6%, in line with our guidance,” Roman said in a conference call with analysts. “We continued to face softness in certain end markets, namely China, automotive, and electronics, which impacted overall growth

Earlier this month, the Institute for Supply Management reported that US manufacturing activity fell to the lowest level in more than a decade. A survey by the association of purchasing managers found that companies are uncertain about trade and are seeing weak demand from abroad.

The manufacturing sector last year was rocked by slower global growth and the escalation of trade tensions between the United States and China. President Donald Trump signed an initial agreement with China this month that may ease some of the drag caused by tariffs and threats of additional import taxes. However, the spread of a new virus in China threatens to hammer the nation’s economy, and possibly others.

3M, a Dow component, is also wrestling with the environmental clean-up associated with some of its products, including PFAS. PFAS chemicals are used in firefighting foam, nonstick pots and pans, water-repellent clothing and many other household and personal items. They are nicknamed “forever chemicals” because they persist in the environment.

Studies have associated certain PFAS chemicals with increased risk of cancer and damage to organs such as the liver and thyroid.

3M booked a pre-tax charge of $214 million in the fourth quarter related to those environmental efforts.

3M Inc. earned $969 million, or $1.66 per share, in the fourth quarter. Its adjusted profit was $1.95 per share, far from the per-share earnings of $2.10 that industry analysts had expected, according to a survey by Zacks Investment Research expected.

3M also makes virus masks and in response to the spreading coronavirus in China, which has now killed at least 106 people, 3M is rapidly increasing production.