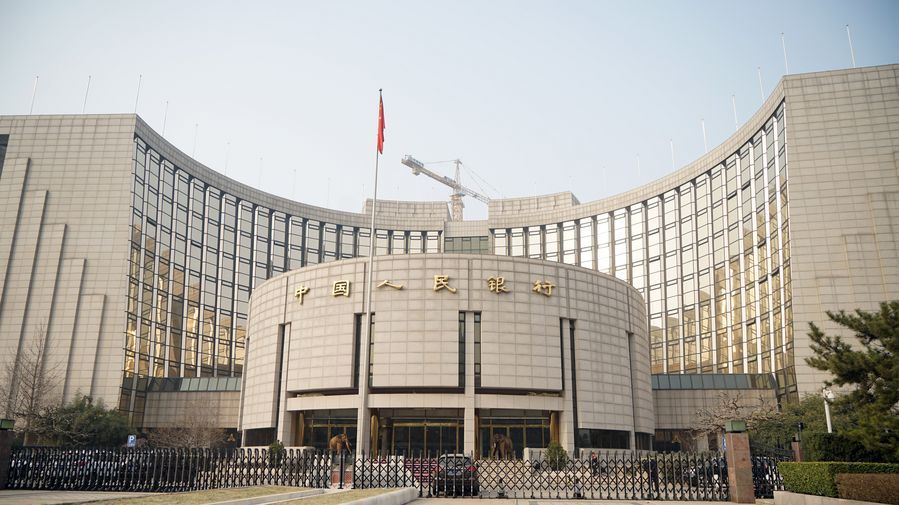 File photo shows the headquarters of the People's Bank of China in Beijing. (Photo: Xinhua)

Given that the novel coronavirus outbreak has had a major impact on the global as well as the Chinese economies, increased credit support for market players, especially small and micro enterprises that are facing financial difficulties, is particularly important.

Beginning June 1, the central bank will use 400 billion yuan ($56.2 billion) to purchase 40 percent of inclusive loans issued by local banks to small and micro businesses from March 1 to December 31. The dates for principal and interest repayment can be extended from the end of June to the end of December, or even to the end of March 2021. The move will directly lower debt costs of banks and help replenish liquidity.

Previously, the country had adopted a quantitative monetary policy to support the economy, cutting the reserve requirement ratio three times to release 1.75 trillion yuan into the market. At the end of February, the central bank and the China Banking and Insurance Regulatory Commission issued a policy permitting small and micro enterprises to temporarily postpone the repayment of principal and interest on loans. However, the current economic realities demand more policy support to help small businesses tide over difficulties.

Also, a credit loan support plan will lower the mortgage guarantee threshold for small enterprises and increase the proportion of their credit in small banks. More importantly, the central bank buys loans and gives them to commercial banks for management. That way the commercial banks face credit risks but also enjoy returns, which will motivate them to release inclusive credit to enterprises using market-oriented means.

During this economic downturn, such policies are conducive to maintaining the quality of banks' credit assets. In fact, there is a similar policy arrangement to help small businesses in the United States too. It is a common practice for many countries to offer credit assistance programs to small businesses during financial difficulties, because doing nothing to help them will deepen the crisis. However, it must be recognized that these are short-term policy arrangements.

From a global perspective, over the past few years China's monetary policy has been restrained, leaving the authorities some space for further monetary policy maneuvering in the future.

At the same time, China's financial and banking systems have a relatively strong capability to resist risks. That means the possible risks from the central bank's latest monetary policy arrangements are limited and can be fully digested.