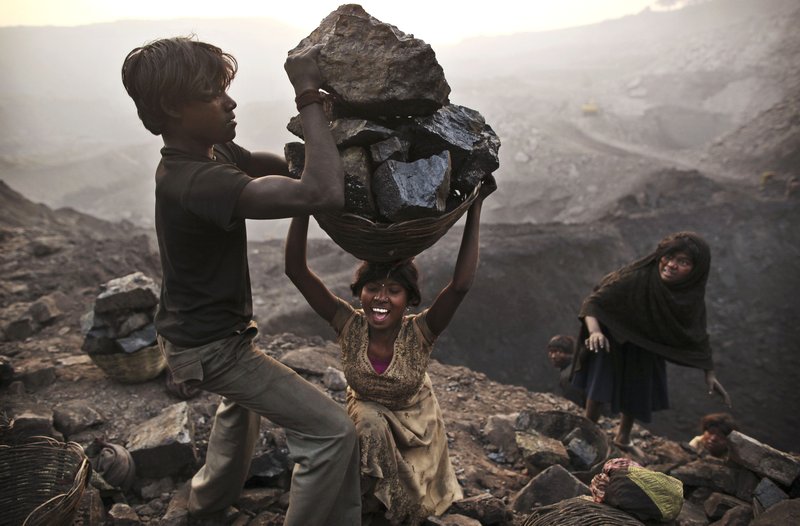 In this Jan. 6, 2011 file photo, a young woman stumbles as she tries to carry a large basket of coal as they illegally scavenge at an open-cast mine in the village of Bokapahari in the eastern Indian state of Jharkhand where a community of coal scavengers live and work. (Photo: AP)

The government made the decision as it grappled with a slowing of economic growth to a five-year low of 5.8% in the January-March quarter, with consumer spending and corporate investment faltering. Declining industrial output and automobile sales also raised fears of a deeper slowdown.

The government also relaxed the 30% local sourcing requirement in single-brand retailing and permitted online sales without the prior opening of brick-and-mortar stores.

The decision may come as a relief for multinational companies like Apple which are facing tough times in the Indian smartphone market because of stiff competition from Chinese makers.

“The changes in foreign direct investment policy will result in making India a more attractive FDI destination, leading to the benefits of increased investment, employment and growth,” Goyal said.

Last week, the government rolled back a surcharge on foreign portfolio investment and announced steps to lower interest rates on home and auto loans to shore up the economy.

Rajiv Kumar, chairman of the government-run Policy Commission, called for immediate steps by the government to tackle poor liquidity and weak private investment. He warned that India has not faced this kind of a situation for 70 years.